In Sakhalin the cave found the mysterious figure on the stone

In one of the Sakhalin caves on the wall close to the entrance discovered a mysterious ancient drawings. On a flat surface of a rock ledge or propped boulders, overlooking the entrance, was discovered partially overgrown with moss concentric lines, incised into the limestone of a more solid material (metal or rock). After clearing from moss lines took on the character image, got a better look. The image is applied at a height of human growth (150-160 cm).

The figure represents the four concentric stripes, not closing the full circle, since the edge lines are suitable on the one hand to the edge of the ledge, and with another — the ancient kollateralnoe the crack splitting the overhang.

The outer concentric line is the shortest, it connects the short perpendicular lines — rays of approximately equal length, extending upward and to the left. In the upper part of the image caused the three beams. Interestingly, the outer concentric line adjacent only to the third and fourth rays, but do not intersect it. Other rays like to hang separately. The distance between the beams is approximately the same. 13 inches from the third beam located single line-beam, also adjacent, but not crossing the outer concentric line. From this beam at a distance of 13 inches down, drawn by two short lines-rays. All rays six. 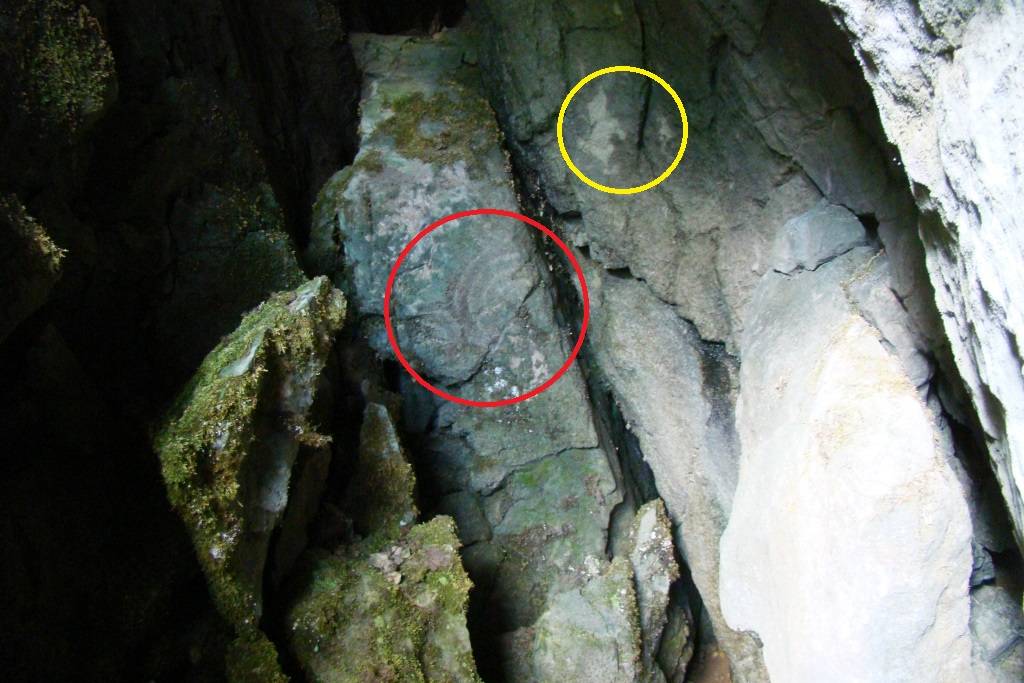 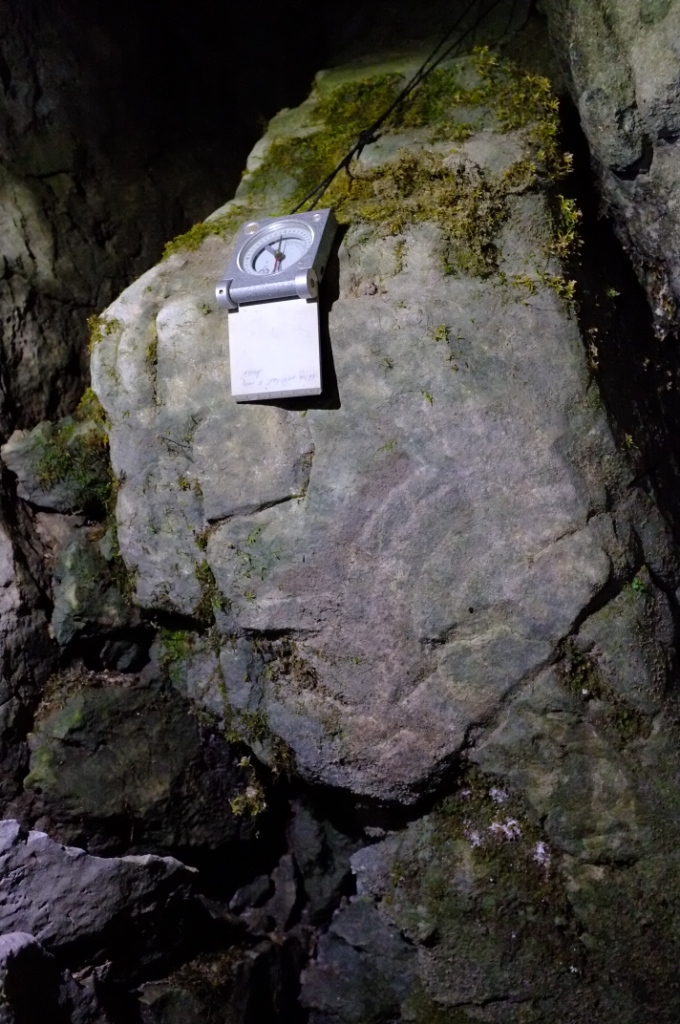 The second and third concentric lines are much longer than the first outer, they connect the edge of the ledge with a crack. The edge of the ledge is smoothed, without sharp splits, the rock has a homogeneous color, this suggests that at the moment the picture is in its original form.

The figure is more reminiscent of the image of the Sun. For man-made origin of the image tells the symmetry of some parts, the lack of intersecting lines and artistic sensibility. In addition, due to the southern exposure of the entrance, the sun, crossing the Meridian line, illuminating the figure in the depth of the cavity for some time. It was observed by the expedition during one of the visits of the cavity.

Method of applying an image saves it from the effects of the temperature difference, which in this cavity, of course, occur from burning in the sun paint.

The expedition was considered a version of that line on the limestone scratched by bear claws, but this can not accept for the reasons given above is a symmetry of parts, flat or smoothly curved, non-intersecting lines and the artistry of the image.

According to A. chelnokova, a solar symbol can be linked to ancient Observatory, this is the opinion of the archaeologist S. Gorbunov: the Solar calendar and marks often found on archaeological and ethnographic objects.

On the question of the age of images will help to answer archaeological investigation within the cavity, the discovery of skeletal remains, as well as guns, which was applied to the image.

Sakhalin is still the first and only discovery of this kind.