In Saudi Arabia, the entire desert is covered with thousands of mysterious megaliths that are 9,000 years old.

This network of megalithic structures is perhaps the biggest mystery of the Arabian Peninsula. Their existence became known thanks to satellite images (Google Earth) placed in the public domain.

The Saudi authorities, even after the discovery of these megalithic structures, were strongly against their research and only in 2017, they gave permission to the only scientist, David Kennedy, who devoted a lot of time to the study and discovery of these structures from satellite images – to study them by flying over them in a helicopter. Ground-based research was forbidden.

“They’re amazing,” said Dr. Kennedy, who recently retired from the University of Western Australia. “From a distance of 150 meters, you can see important details of structures that you can’t see on a fuzzy Google Earth image.”

Since 1997, Dr. Kennedy has studied similar structures in neighboring Jordan from the ground and sky. Many of the stone figures in both countries are in basalt fields. The fields often contain dried lava flows that wriggle and twist like snakes slithering across the dark landscape.

In Saudi Arabia, he explored from the air 200 sites in the Harrat Khaybar and Harrat Uwairid regions. The structures he observed varied in shape and size, which he describes as gates, kites, triangles, bull’s eyes and keyholes.

Of the 400 structures he describes as “gates” he identified in Google Earth, Dr. Kennedy studied about 40 from a helicopter and found that the structures were not randomly constructed.

“We realized right away that they were much more complex than they appear in Google Earth,” Dr. Kennedy said. They weren’t just piles of rock.

Rather, each long rod consisted of two parallel rows of flat slabs placed at the edges, facing each other, with small stones filling the space between them.

“They are much more complicated than I thought,” he said.

Some gates were more than 300 meters long and 80 meters wide. He believes the oldest one is about 9,000 years old.

Kennedy, Ph.D., said he was surprised at how straight the lines of the triangles and keyholes were, as if the people who made them had chosen certain flat stones rather than random stones.

Each triangle was isosceles and looked like it was pointing at something. Sometimes they were pointed “at a target,” which was 4 or 45 meters away.

There were also several keyhole structures, sometimes lined up in one line. The keyhole heads were almost always almost perfect circles and the walls were about 1 meter high.

Kennedy was invited by Amr Al-Madani, chief executive of the Al-Ula Royal Commission, which was created to protect some of the country’s geological, historical and archaeological monuments.

“Kennedy spent many years studying Google Earth images, and we were able to bring him closer to these sites,” said Mr. Al-Madani, who joined Dr. Kennedy by helicopter and described the experience as exciting.

View the location of these megaliths at the coordinates: 23.1198246, 48.8484398 where there are many such ancient structures scattered throughout the desert.

It is worth noting the fact that despite the fact that the authorities of Saudi Arabia prohibit the study of these ancient megaliths directly from the ground, judging by the satellite images the studies and excavations of these megaliths are conducted by the authorities of Saudi Arabia or “black archeologists” that can be judged by the traces of heavy equipment and many traces of cars directly near these ancient structures.

One question remains as to why the Saudi authorities are preventing world scientists from studying these ancient structures, which are at least 9,000 years old and which could tell a lot about the secrets of the ancient civilizations that existed on the Arabian Peninsula. 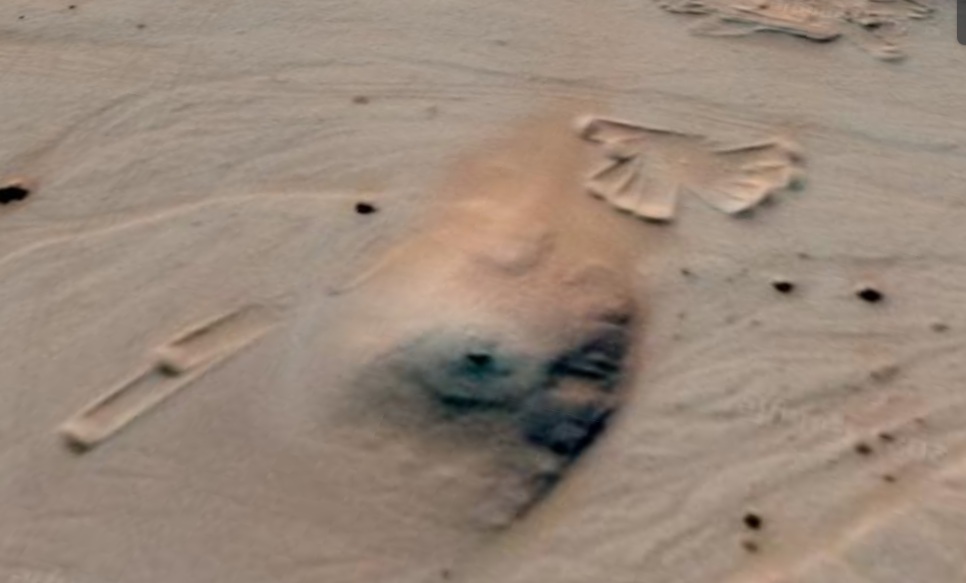 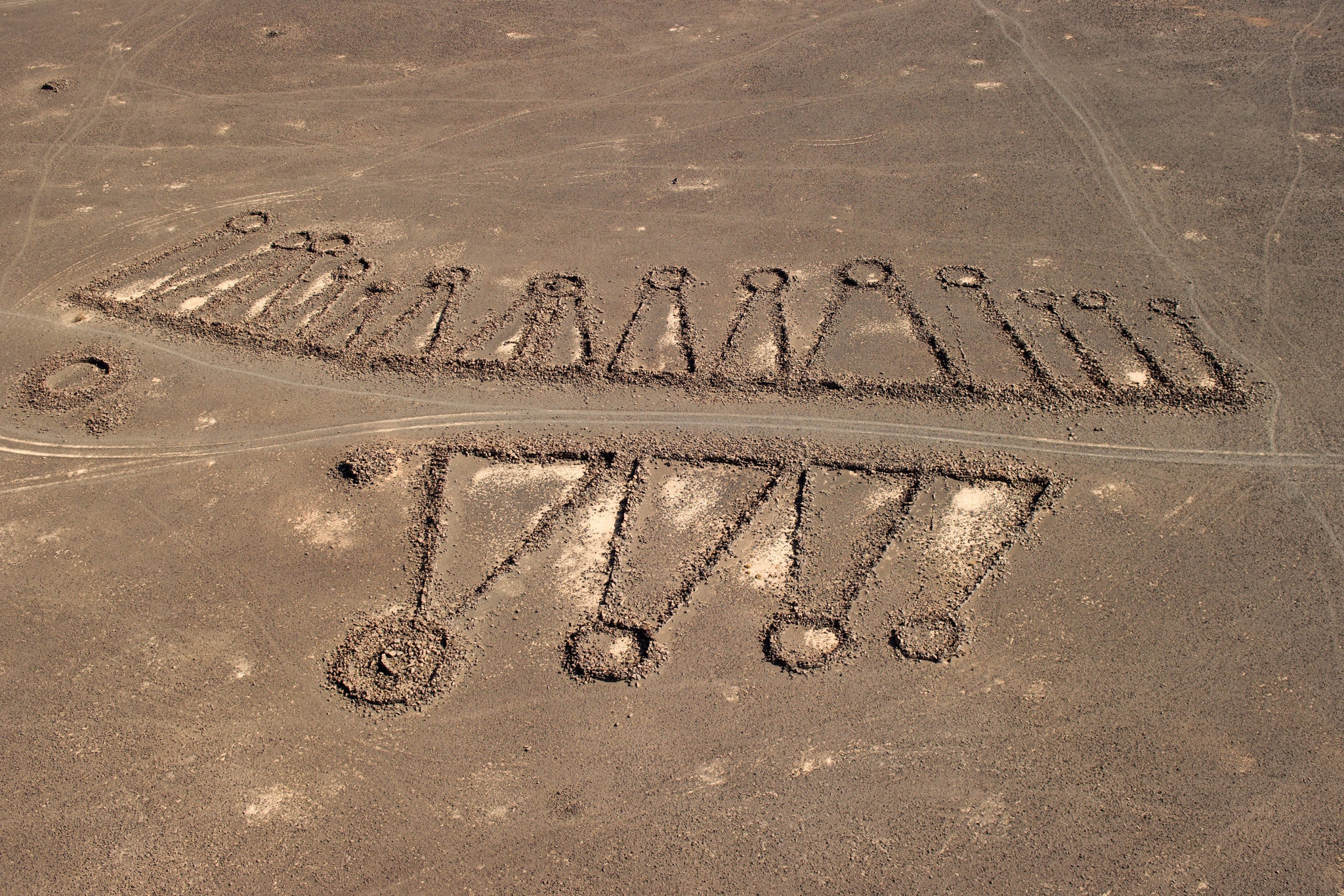 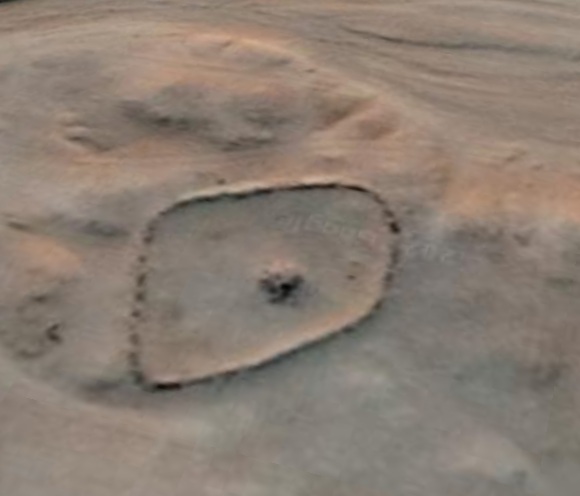 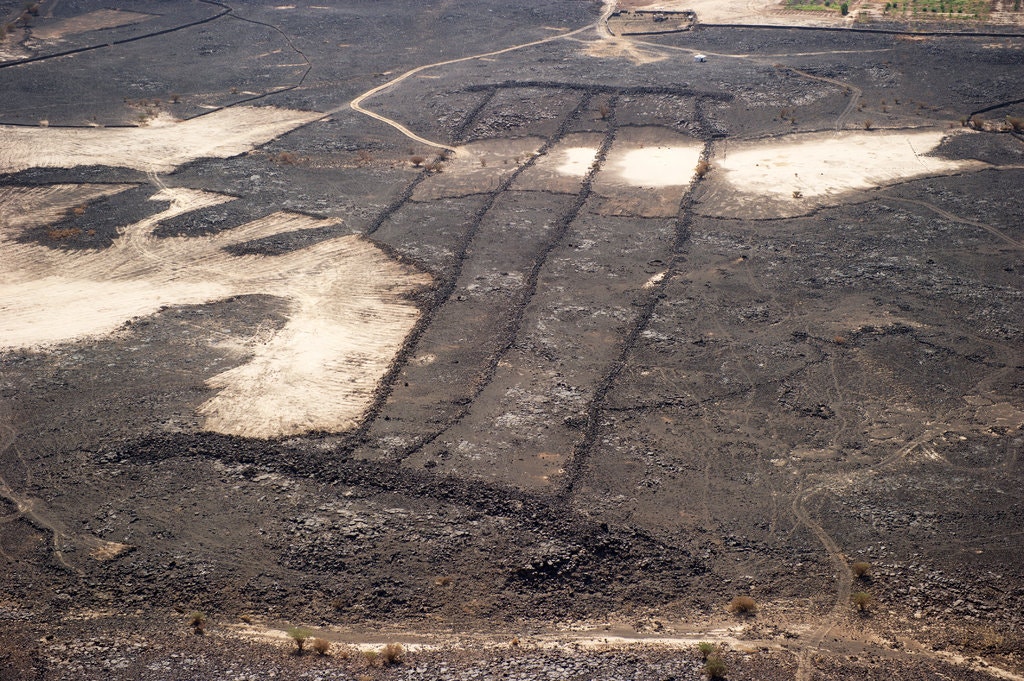 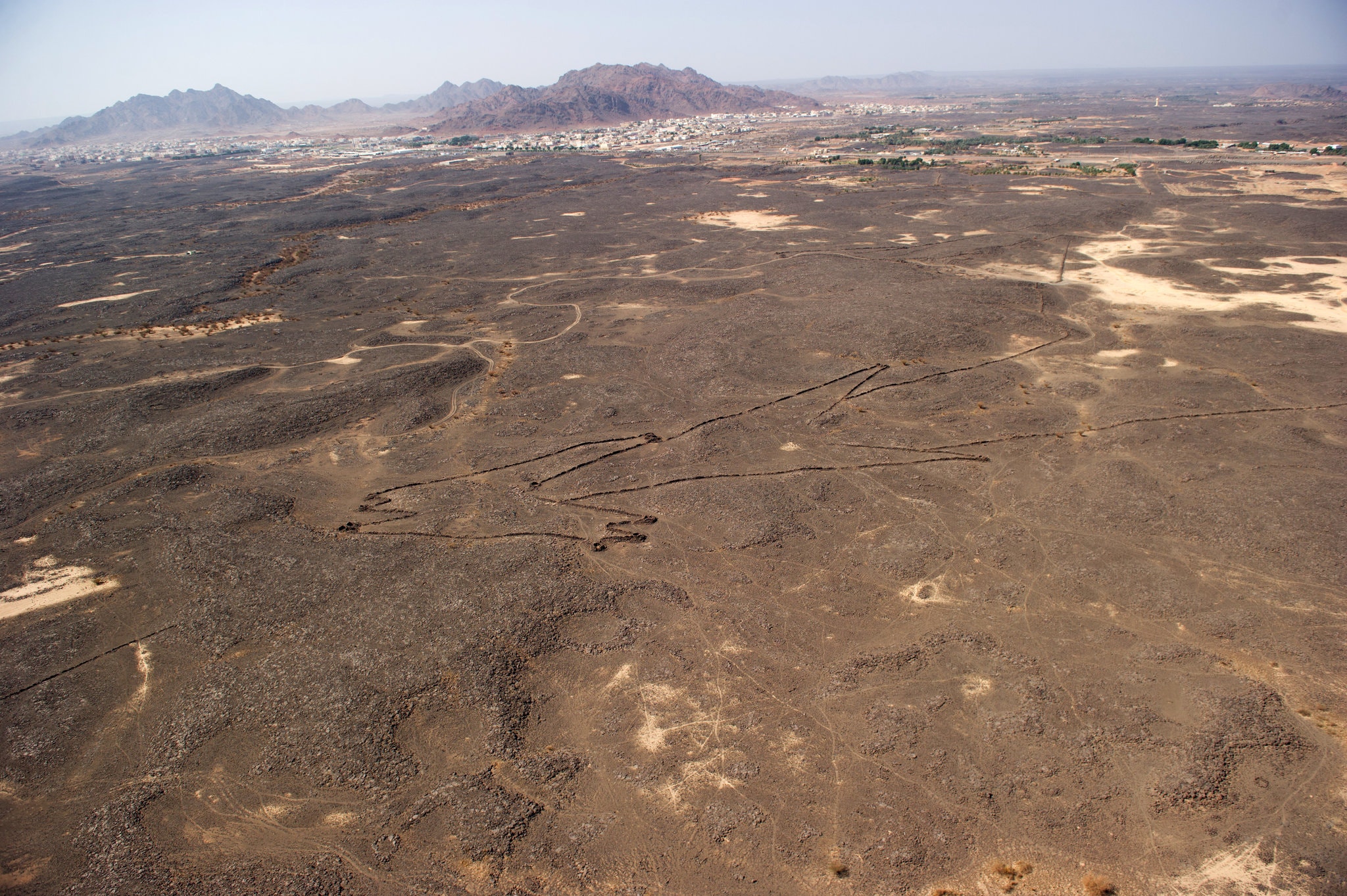 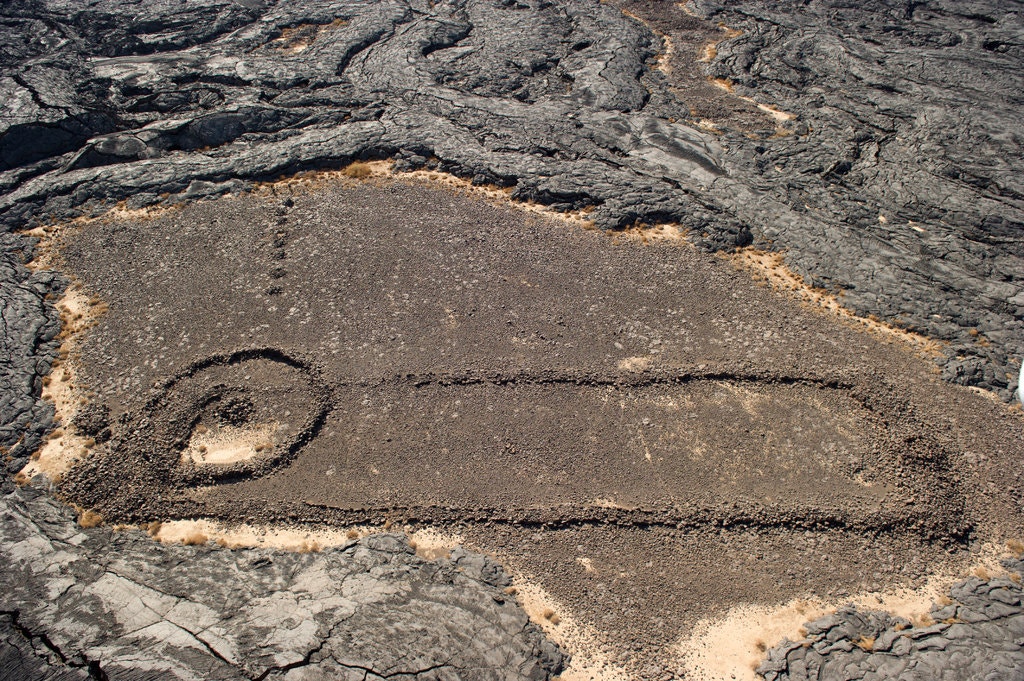 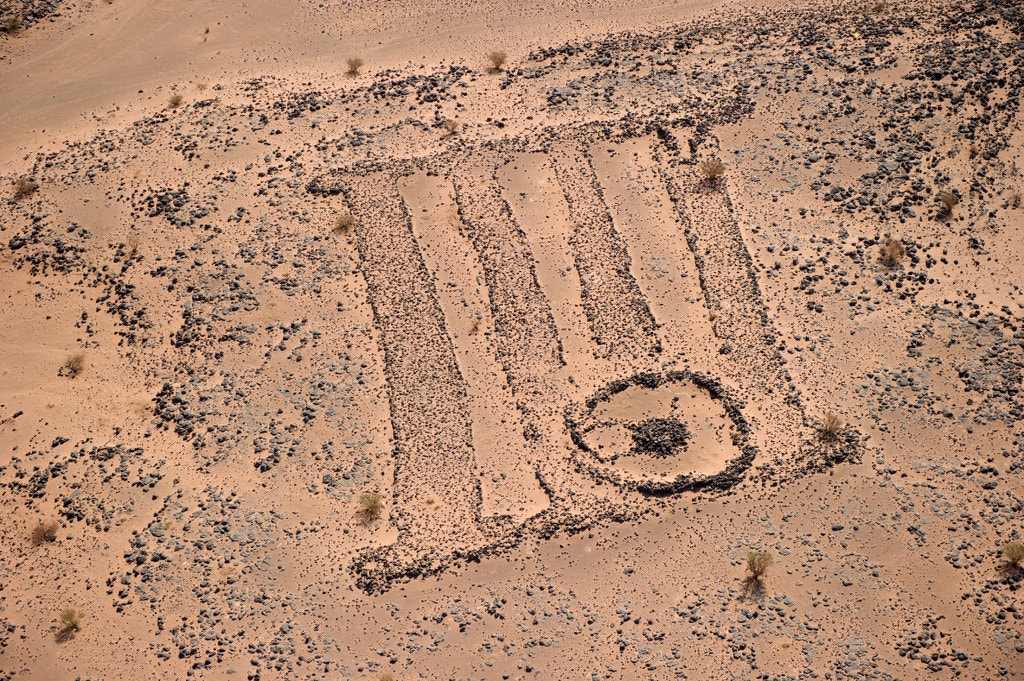 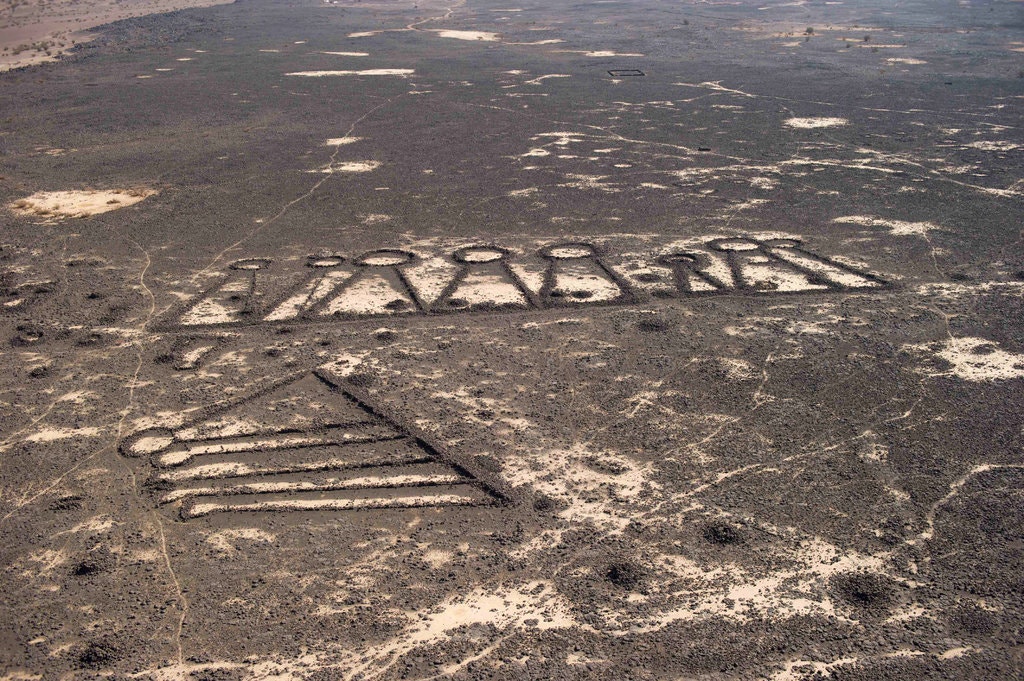