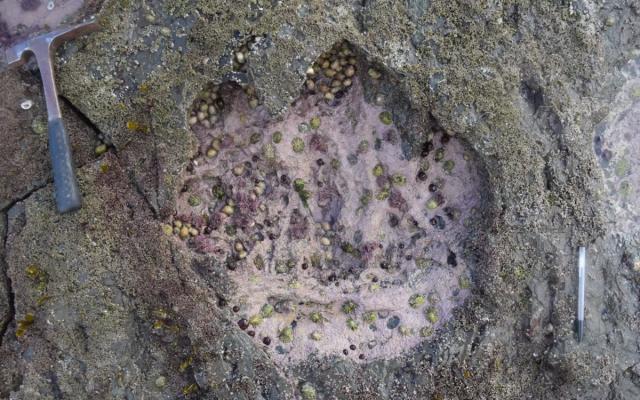 Traces of huge dinosaurs were discovered by specialists from Edinburgh University on the island of Skye.

According to paleontologists, imprints were left by sauropods about 170 million years ago. A total of about 50 tracks were found on the island. Most of them belong to the rapacious theropods reaching a height of 2 meters, but among them there were other traces up to 70 cm in size. These prints left dinosaurs 15 meters long and weighing about 10 tons.

The traces discovered are the earliest evidence of the existence of dinosaurs in Scotland.

Impressions were found on the site of an ancient muddy shallow lagoon. In the days of the dinosaurs, the island of Skye was part of a large continent and was close to the equator. The climate of this territory then resembled the climate of modern Florida.