In Scotland, found an ancient sword with a gold handle 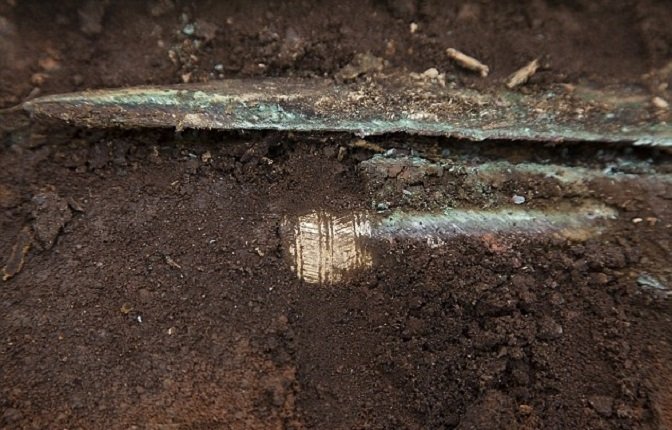 A sword with a gold handle, supposedly made in the bronze age was discovered on the site where to build a new football field. According to experts, the find can be up to 4000 years.

Diggers arrived to the town of Carnoustie, which is located in Scotland, after it was discovered several historical finds on the site where workers began laying the Foundation for a new sports field. Now the construction work is temporarily stopped until scientists are digging. In previous work, the archaeologists found a hoard of ancient artifacts that, according to experts, could be created thousands of years ago.

Experts from the society for the protection of archaeologists found that found now a sword with a Golden handle can be dated to the bronze age. Due to the fragile nature of the findings it needs to be specifically withdrawn and delivered to the experts to study in the laboratory. The chief archaeologist Alan hunter Blair said: “We are going to try to pick it up today. Then the sword will be more carefully studied in the laboratory”. 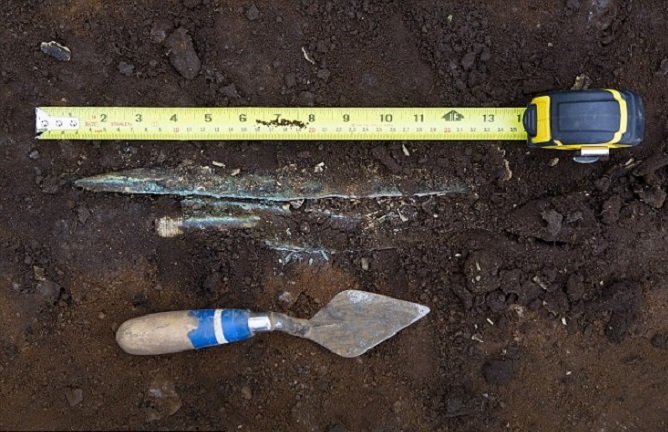 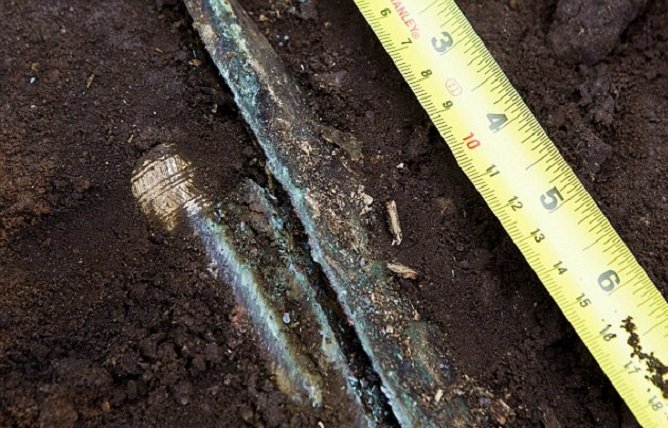 “It looks like it could be two subjects. Possibly part of a spear or broken sword. At this stage it is difficult to say,” – commented the experts of the discovery of the artifact. “This is a rare find. Famous for its Golf small town Tasid can now contain the key to how the Scots lived in 2000 BC,” says Blair.

Not for the first time evidence of settlements of the bronze age have been found by specialists in Carnoustie is located in Scotland. Previously they found the remains of a woman who died more than 3700 years ago.