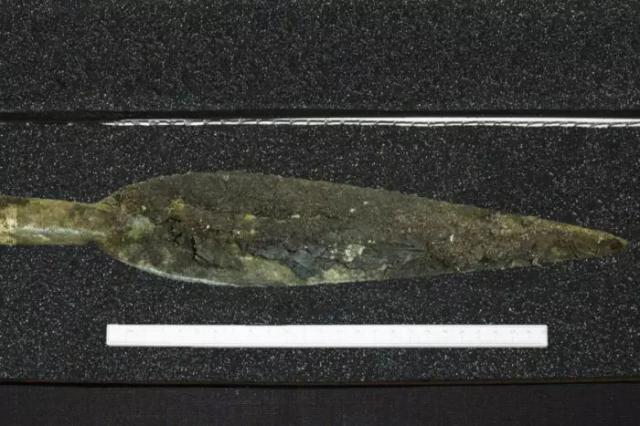 Archaeologists from GUARD Archaeology organizations found in the Scottish city Carnoustie weapons by the age of 3 thousand years. Among the findings – embellished with gold spear, bronze sword, stiletto and scabbard. The artifacts were found near the bronze age settlement in preparation for the construction of a football field.

The tip of the spear in itself is of great value, but the presence of a gold ornament that makes this discovery even more interesting. Scientists know only a few such tips, discovered on the territory of great Britain Ireland. One of these was in the treasure, which was found in 1963 to the West of Dundee. 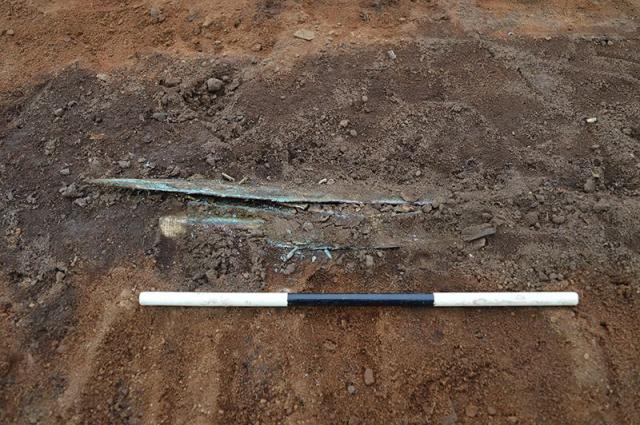 New findings were made in the area of Angus, just a few miles from this place. According to the researchers, the owner of the spear and the sword lived 1 thousand – 800 BC

Scientists have noted good preservation of the leather and wooden elements of the sheath. According to experts, this is one of the most well-preserved scabbard of the late bronze age of all discovered in the UK.