In Siberia, found a new kind of dinosaur 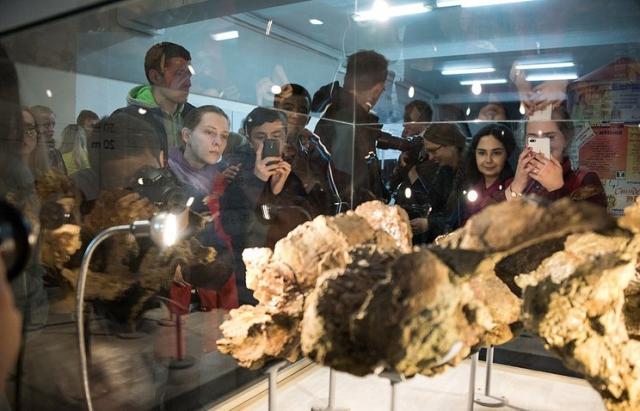 Russian paleontologists described the new genus and species of dinosaurs found in Siberia. The scientists gave him the name sibirototan. Fossils were found in 2008 during the investigation of the Shestakovsky Yar cut in the Kemerovo region, Tomsk State University reports.

The remains belong to the detachment of the largest herbivorous lizards – zauropod. In the process of studying fossils paleontologists have revealed in the dinosaur anatomical features that distinguish it from other well-known brethren.

The bone fragments were buried in the dense sandstone of the Ileks suite, the researchers took several years of laboratory work to extract them from the clumps of cemented rock. As a result, almost a whole sacrum was assembled from some parts, and part of the scapula and cervical vertebrae were assembled from other numerous pieces.

A characteristic feature of the new genus is the presence of five sacral vertebrae, sacral ribs oriented radially (in the form of a star), and a special crest on the neural arc of the trunk vertebra. Ancient lizards with such a structure of the skeleton have never been found anywhere.

Anatomical features and binding to the former habitat are recorded in the Latin name of the new species – Sibirotitan astrosacralis (Sibirotitan astringent). The first part of the name indicates the giant size of a dinosaur, whose length could reach 20 meters, and weight 50 tons.

Until recently, it was only known about one Russian find of dinosaur bones from the Sauropod detachment. Several vertebrae of the ancient animal were found in Transbaikalia. At the moment, sibirotitan, whose age is about 100 million years, is the second sauropod described in Russia and the oldest representative of titanosauriforms in Asia.