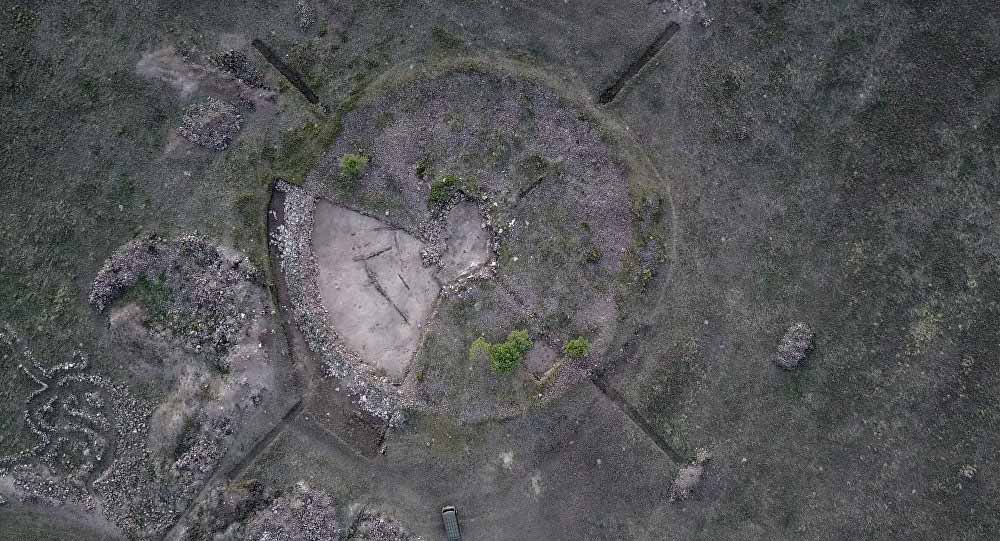 The burial mound is not only the largest and earliest Scythian burial, but it may have also preserved the mummies of Scythian kings

The archaeologist of the Swiss National Science Foundation, Gino Caspari, discovered an intact Scythian mound over 3,000 years old in the Russian Republic of Tyva, according to the official website of the foundation. All the evidence suggests that this is not only the largest Scythian tomb in Siberia, but the earliest, and it can contain well-preserved treasures.

Gino Caspari made his discovery not during field work, but at the computer. He discovered a circular structure on satellite images of the Wuk River valley in Siberia, also known as the “Siberian Valley of the Kings”. A study conducted this summer by a scientist from the University of Bern, in cooperation with the Russian Academy of Sciences and the Hermitage, confirmed his suspicions. Unusual circles discovered by Caspari are a mound, a Scythian royal tomb, which was given the name Tunnug-1.

The wooden beams found by archaeologists during the excavation date back to the 9th century BC, which indicates that Tunnug-1 is the earliest Scythian burial site in the region.

The mound is located in a remote marshland – it is possible to reach it from the nearest settlement only for five hours of a heavy trip on an off-road vehicle. However, this is also an advantage, archaeologists note, since it means that the burial may not have been damaged by people and preserved a lot of treasures.

The climatic characteristics of the Siberian soil add optimism to scientists. The layer of permafrost in the valley starts just a few meters below the surface, and the rays of sunlight can not thaw the soil under the thick stone pile of mounds. Ice prevents the decomposition of organic matter and retains sensitive material. That’s why Caspari hopes that during the excavations they will be able to find well-preserved carvings, carpets and, possibly, an icy mummy.