In Siberia found unique deposits of bones of mammoths 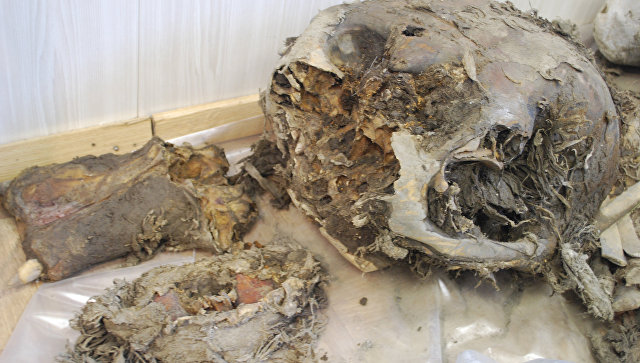 Researchers of Tomsk state University (TSU) in the course of excavations in the Novosibirsk region have found the bones of young and adult mammoths the discovery was a record: never before in Russia was not discovered bone-bearing sediments with such a high number of residues.

It is specified that excavations were conducted at one of the largest graves of mammoths in Eurasia – in the tract of the Wolf’s Mane. Scholars and students of the TSU stumbled upon the bone-bearing level, the existence of which nobody suspected. At a depth of approximately from 1.7 to 2.1 meters paleontologists have discovered the bones of ancient animals that were much larger than their younger (in geologic terms) relatives.

Paleontologists have discovered bone-bearing sediments with such a high number of residues which is not on Wolf’s mane, nor in any other Mamontova the location of Russia is not mentioned. Concentration on one square meter at a thickness of sediments up to half a meter, sometimes exceeded 100 finds the vertebrae, ribs, limb bones, and so on.

Found the remains of woolly mammoths have good safety. They were buried under a layer of clay and sand, in a small gully a few years later after the death of the animals. Paleontologists believe that the bones of the lower level belong to animals that come to the Wolf’s Mane for a few thousand years before those of the mammoth, the remains of which various scientists have found since the 1960-ies, that is, since the discovery of the cemetery of the megafauna.

Among the largest fragments of the femur with a length of almost 1 meter 15 centimeters. Probably it belonged to a male mammoth aged 45-50 years, the weight of which was five to six tons or more, and height taking into account the soft tissue exceeded three meters. His remains may have lain in the strata of rock 20-25 or even 30 years. More precisely it is possible to determine using radiocarbon Dating, which we plan to send a portion of the finds.

According to scientists, judging by the fact that many remains of mammoths are late signs of osteodystrophy, animals suffering from mineral starvation. It caused them to surovye salt licks, similar to a Wolf mane.

According to researchers found the remains — this is only a small part of what hides the Wolf’s Mane. In fact, in the place which was for mammoths mineral oasis, under the earth’s surface may be the remains of hundreds or even thousands of individuals.