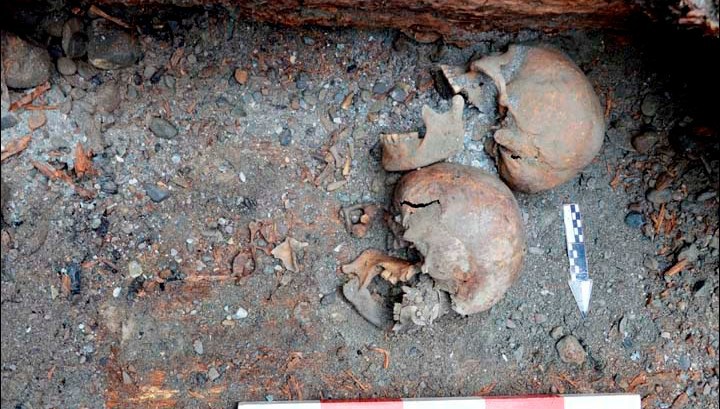 Archeologists in perplexity: remains of two bodies – the child and the adult – with the heads separated from bodies are found in the well-known Pazyryksky burial ground on the river bank.

Now experts investigate the next find — skeletons of the child and adult. The age of remains is estimated at least in 2500 thousand years, and here their gender did not manage to be assigned so far. But most of all archeologists were surprised by the fact that both corpses were beheaded – skulls were nearby.

This first burial such, found in the territory of modern Siberia, and is not absolutely clear how it to explain. Perhaps, it is a part of some ancient ritual – for example if people were afraid that the dead can revive, or it is a certain type of an execution.

But so far these versions do not maintain criticism as in a grave archeologists found also pieces of fur products, and in a next world sent only wealthy men to them, “that those did not freeze”. 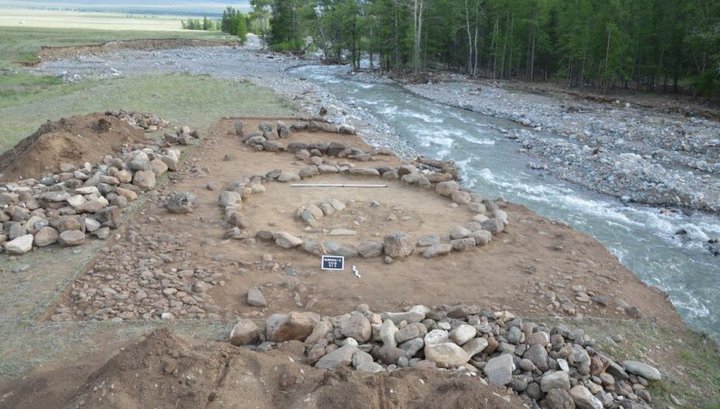 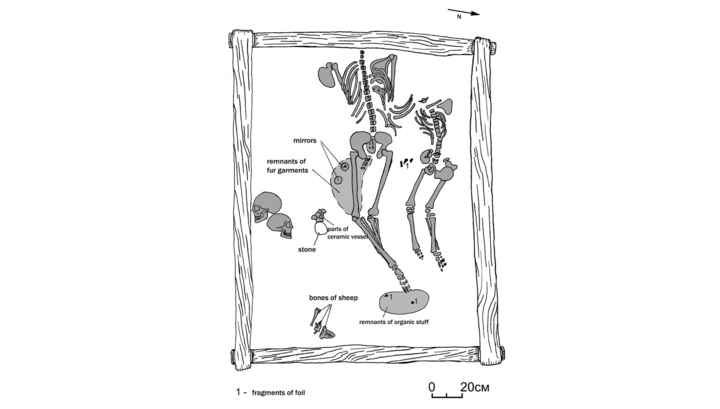 Also researchers found two small bronze mirrors and pieces of ceramic vessels. That is everything indicates typical burial of notable persons which, for example, could be plundered, and then beheading could become the act of humiliation. It could occur much later (the further analysis has to show it). However, already now experts are ready to refuse also this version (but it is all the same necessary to check it). They consider that hardly the heads were separated later, judging by an arrangement of bodies and length of a grave, it initially intended for bodies without the heads.

So far the “working” version is a burial after military operations. According to the head of excavation Nikita Konstantinov from the Gorno-Altaysk state university, burials in itself of the beheaded bodies were quite widespread during ancient wars: beheaded buried prostrate enemies, and did bowls of their skulls. However it was not characteristic of pazyrykets: they buried governors and commanders separately from army, well dressed in honor and tried not to injure bodies. So the office of the head, especially at the child, nonplused scientists.

One more assumption – that bodies wanted to mummify, but for some reason did not finish process. Owing to climatic factors mummification was characteristic of inhabitants of this area – the mummies which are earlier found here were in a fine state, scientists could even make out the tattoos applied on bodies (the most ancient escaped samples of tattoos in the world). The loudest local find – the mummified “princess of Ukok Plateau” found in 1993.

The general process of mummification of pazyryksky culture included separation of the head from a body – after extraction of a brain it “was returned into place”, but it is possible, for some reason it was not made in this case.