In Siberia, people sewed clothes for 50 thousand years ago 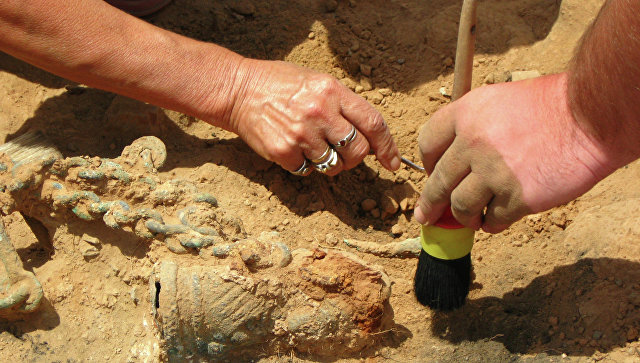 Archaeologists this year found in the cultural layer of 50 years ago the famous Denisova cave in the Altai mountains bone needle, which speaks of existed already at the time of manufacturing of clothes and shoes, said the Director of the Institute of archaeology and Ethnography SB RAS Mikhail Shunkov.

Denisov cave in the Altai mountains has received world popularity after in 2010, archaeologists found human remains, later revealed as a previously unknown human species, which was named Denisovsky people. According to scientists, a new kind of people is akin to Neanderthals but denisovans are much more similar to modern humans.

Orinyansky culture, that is, the first traces of the emergence of Homo Sapiens in Europe dates back to the now aged from 45 to 40 thousand years. We found that bone needle in the sediments, whose age is about 50 thousand years. The needle itself we have not dated … But she couldn’t get here from some of the later deposits, said Shunkov.

He noted that one of the signs Orinyansky culture of the upper Paleolithic, associated with the emergence of modern humans – bone carving (ornaments, and bone needles), which were not available to Neanderthals.

Thus, Denisovsky man who lived here, had the technology of processing of bones and technology is focused the manufacture of clothing, footwear and so forth, that is in no way inferior to Homo Sapiens, the scientist said, noting that the length found this year needles of 7.8 cm, whereas previously found the needle was shorter — 4 to 5 inches.

Now we can confidently say that the creation of a culture of Denisova upper Paleolithic with all bracelets, rings, needles were formed at the local autochthonous basis, and were not brought by some immigrants-newcomers from the West. That is, in the Altai – one of the centers of formation of the primitive man of modern look, — said the scientist. He added that preliminary data suggest that the culture of the upper Paleolithic in Siberia occurred even earlier, than in other territory of Eurasia.