In Smolensk found a figure of a mythical Leucrotta 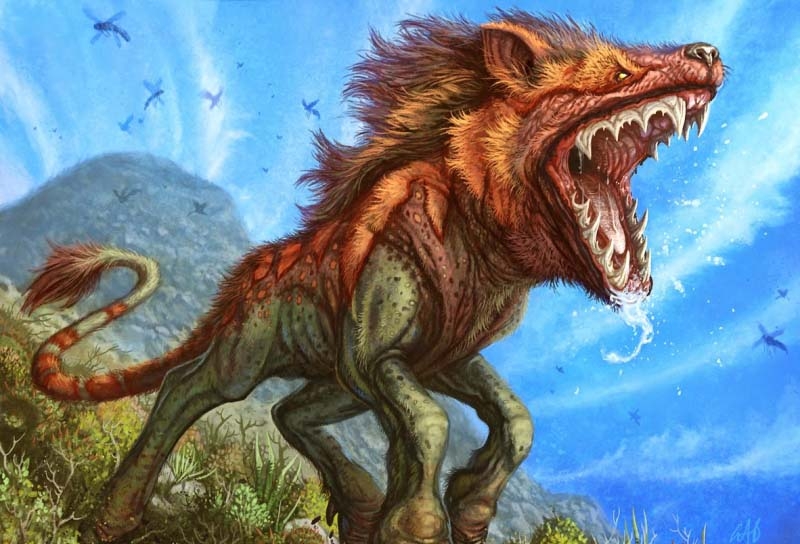 Archaeologists have discovered in the embankment of Gorky on the territory of ancient Smolensk jewelry shop bronze figure of a mysterious beast.

Decoration, like the donkey, or lynx, referred to as “suspensions of Smolensk. For several decades archaeologists have not been able to identify this beast. Recently, the mystery was solved in Latvia. It leucrotta mentioned in the bestiaries, the medieval collections of the Zoological articles. Half a century ago it was established that such likrat produced in Smolensk, and now the archaeologists were able to find them on the site. 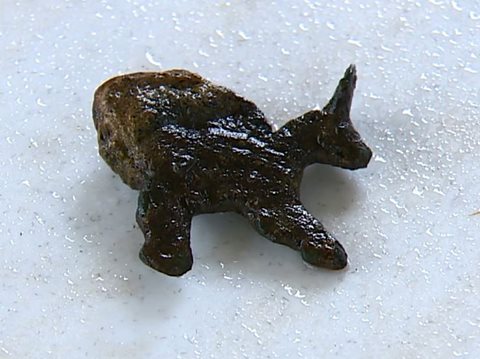 Together with spoon the figures of these mythical creatures wore on his belt. It was believed that they protected the wearer against wild beasts.

Nikolay Krenke, chief of the Smolensk expedition of Institute of archeology of Russian Academy of Sciences:

“This lavcrate – animal, which referred to ancient writers. Such a beast, who lived in India, spoke in a human voice – a female voice. Quite an evil creature who lured somewhere people. He was very oddly arranged mouth: he had no teeth, and instead of teeth there were two bones.”