In Spain, found a treasure of Roman coins weighing 600 kilograms 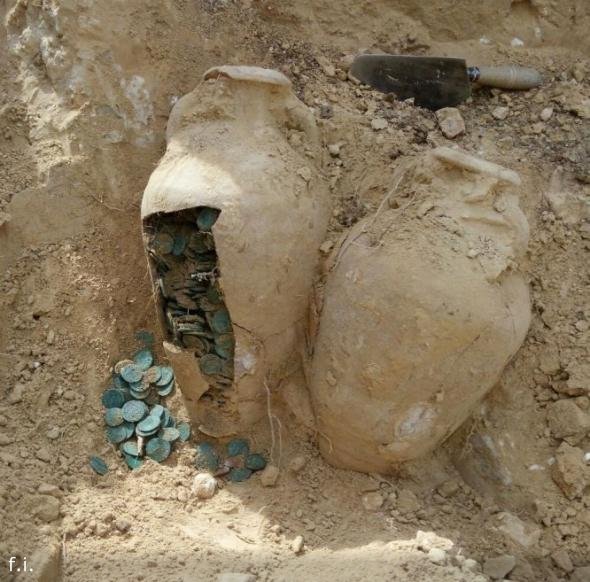 Conventional construction work on the road near Sevilla led to an incredible find. Carrying earthworks, the builders accidentally stumbled upon an amphora from which ancient coins fell. Excavations continued and began to find all new vessels with coins of the 4th century BC.

The archaeologists arriving at the site of the excavations were very amazed and delighted, as all the coins in this huge treasure turned out to be completely new not being in circulation and preserved very well.

A total of 19 amphorae filled with bronze coins were found, weighing 600 kilograms. 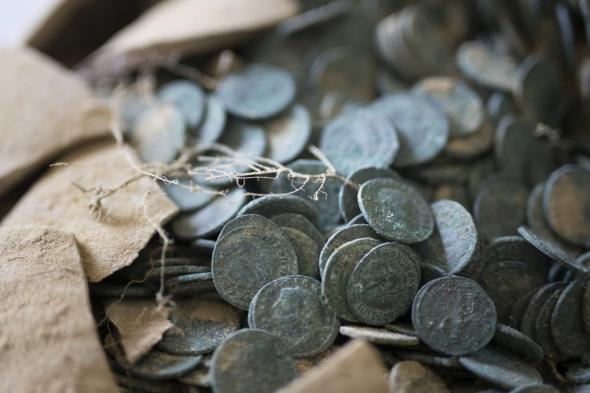 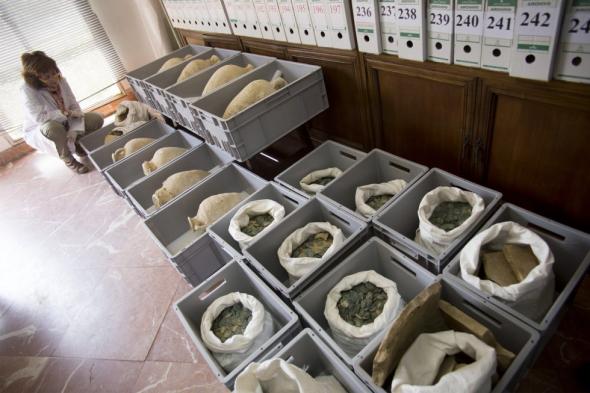 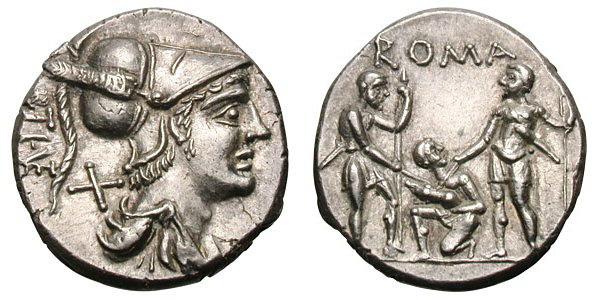 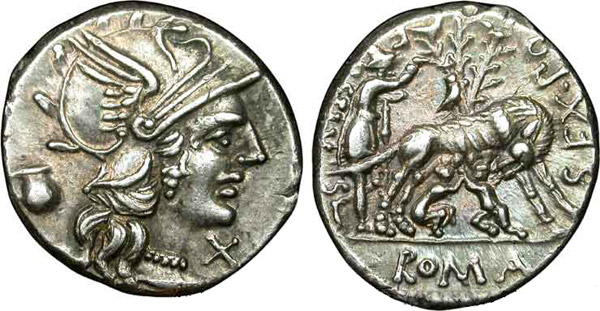 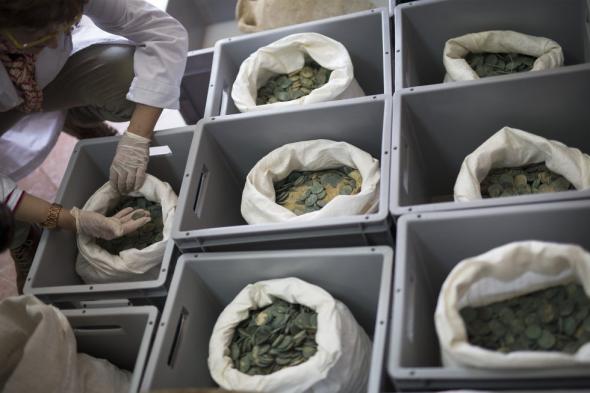 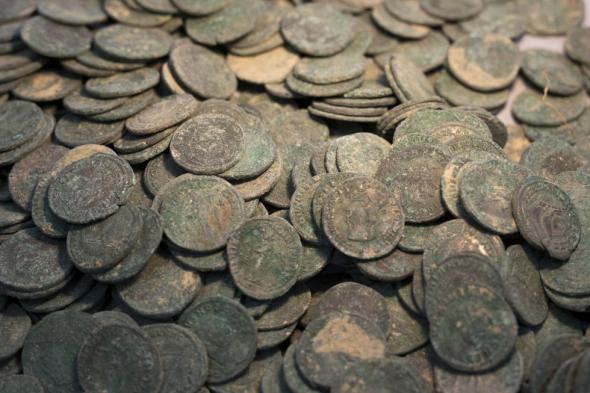 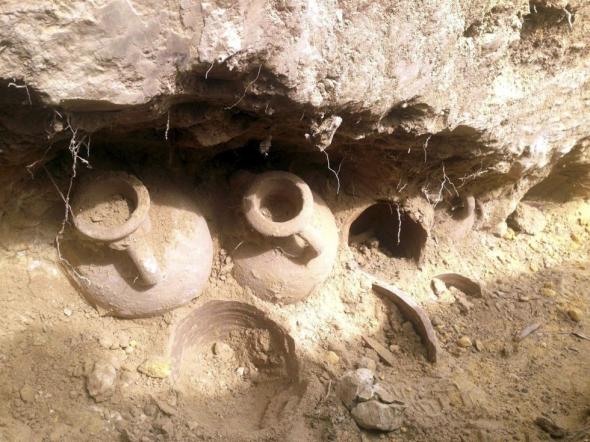 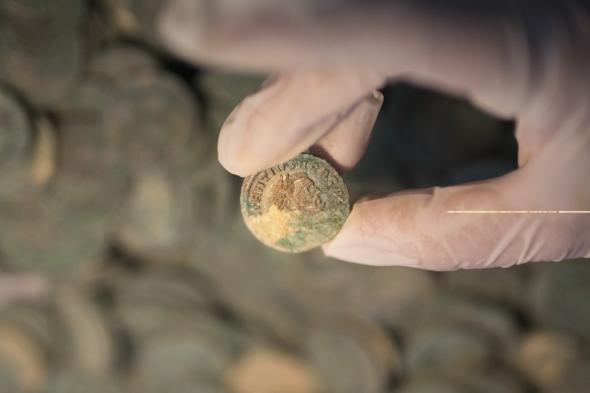 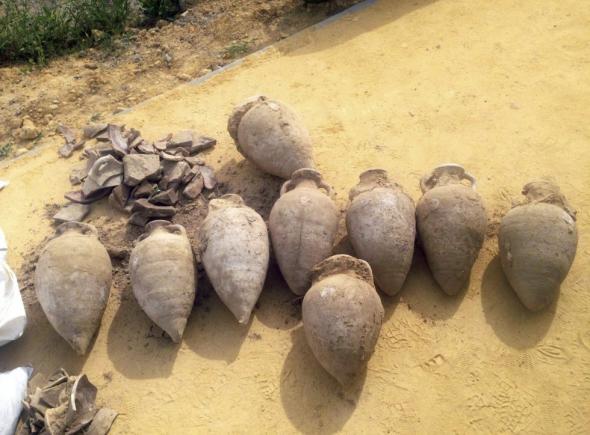 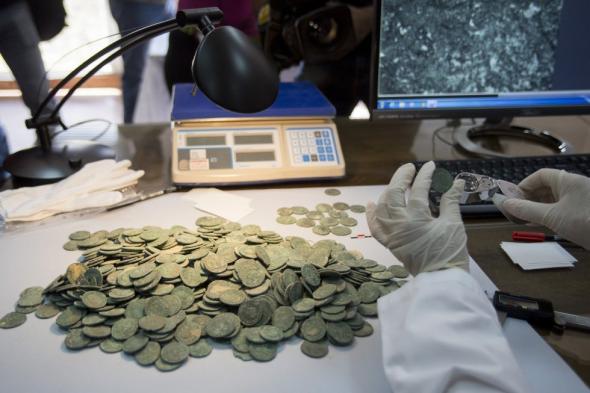 On the obverse of coins images of the Roman emperors Constantine, Maximilian, Diocletian, on the reverse – a variety of allegories of abundance. It is interesting that the amors were not simply placed in the ground, but for them a special tank was created, surrounded by brick and fragments of ceramics.

It remains a mystery who hid such a treasure, because it’s not just a big fortune for those times, it’s a huge sum. Perhaps this money was part of the taxes collected by the emperor or it was money to pay to the soldiers of the Roman Empire. Now the coins are transferred to the Archaeological Museum of Seville.