In Staraya Russa found an ancient figure of a dinosaur 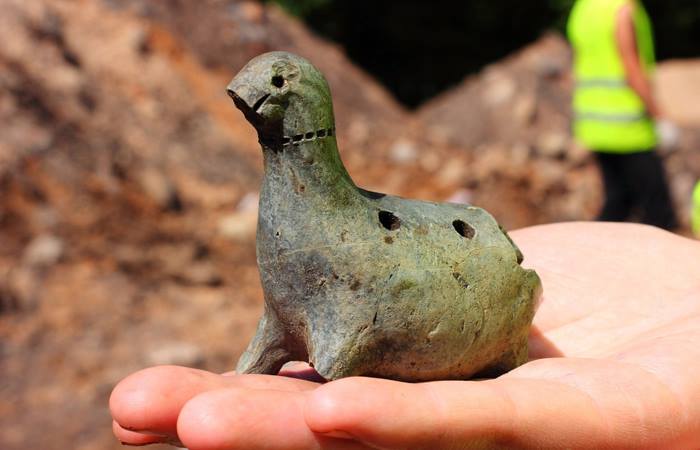 Archaeologists at the excavations in the Novgorod city of Staraya Russ found a mysterious toy, very similar to a dinosaur, the Staro-Russian Archaeological Expedition (SAE) reported.

According to the SAE, the find was made at the excavation site in the central, Cathedral Square of the city. Clay toy was in the cultural layer of the XVII-XVIII centuries.

“The zoomorphic whistle with four holes is well preserved, it is almost whole, but only the beast she depicts is a natural dinosaur: a long neck, comparatively short legs … and even in a collar,” the SAE reported.

Scientists for the time being even find it difficult to guess which animal about 300 years ago the ancient master made.

“Jokes are jokes, but in fact it’s interesting what kind of animal it is.” It’s not like a horse, and not a bird, because with four legs, “the expedition added.