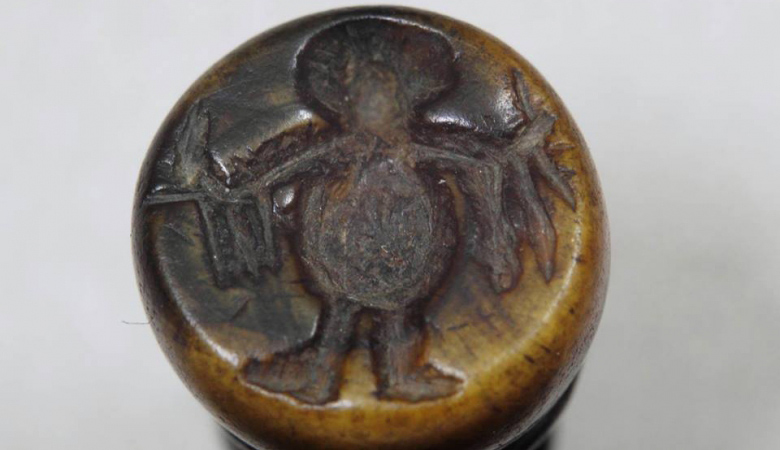 Archaeologists of the expedition of the Novgorod State University (NovSU) found two applied seals on the Pyatnitsky excavation in Staraya Russa of the 14th century, Pavel Kolosnitsyn, the head of the Novo State University archaeological museum, said.

The finds were made on Saturday, July 22nd. On the impression of the first seal is depicted a humanoid being, on the second – a beast.

“It looks like a bone pawn with a hole for the lace. And if you turn over, then on the print is such a miracle. After reflection, we decided that it was still an angel. Although more like an alien, “- said P. Kolosnitsyn. 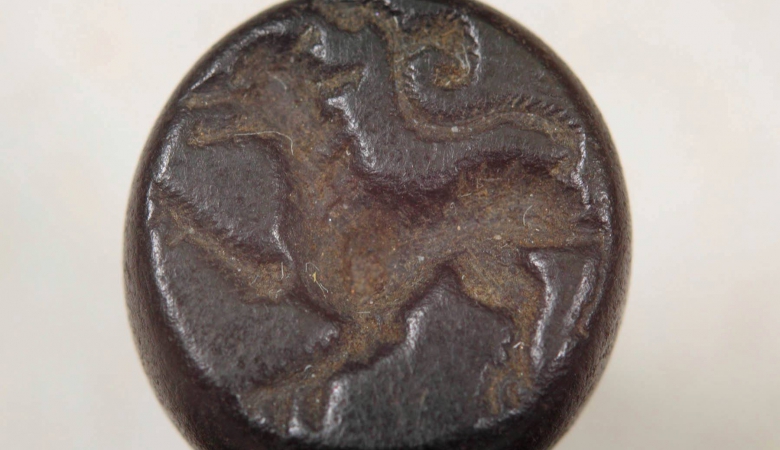 Concerning the second seal, on which the beast is depicted, the scientist stated:

“Images of such animals have often come across at the Pyatnitsky excavation. In the Middle Ages, there was a manor at this place, and perhaps its owners chose the animal as a symbol or a coat of arms. ”

P.Kolosnitsyn also suggested that the seal belonged to one owner and was lost at the same time, because next to them was found a braided lace for wearing seals on the chest. 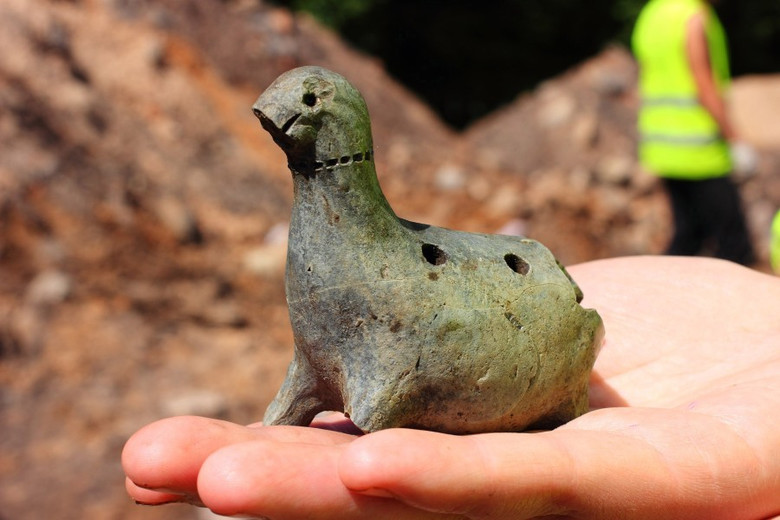 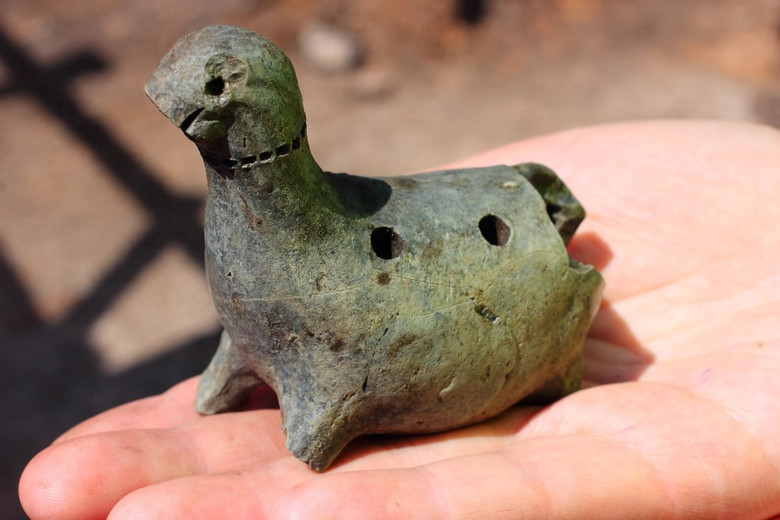 By the way, earlier this summer in Staraya Russa archaeologists found a clay figure of an unknown beast. On the Internet, it is sometimes called “waiting”, because it resembles the character of a well-known meme. Who this creature really is, archaeologists find it difficult to say, but immediately noticed a resemblance to a dinosaur (and in a collar!).

“On the fifth site in the layers of the XVIII-XVII century they found a whistle. A good one, zoomorphic, almost whole, with four holes. That’s just the beast that she depicts – a natural dinosaur. Yes, and in the collar. Long neck, short legs. It’s a pity only the snout is broken off, “Pavel Kolosnitsyn, head of archaeological works, writes in his blog.