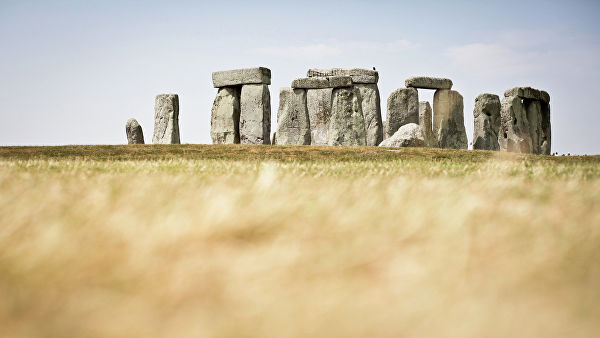 “The most interesting thing is how much effort the participants of these festivals put into delivering pigs to Stonehenge. In principle, nothing prevented them from buying local meat, and not transporting animals hundreds and thousands of kilometers, poorly adapted to this. “The rules that made feasts bring their pigs,” says Richard Madgwick of Cardiff University (UK).

Stonehenge is a mysterious stone structure in Wiltshire, one of the most famous archaeological sites in the world. For its construction, which began around 2600 BC, sandstone boulders and monoliths brought from afar, the so-called blue diabase stones, of rather hard volcanic rock, were used.

Three years ago, geologists analyzed the chemical and mineral composition of the “blue stones” located in the central part of Stonehenge, and concluded that they were brought to the south of England from the western corners of Wales, about 500 kilometers away from Wiltshire.

This discovery made historians think that Stonehenge could have been originally built not in the territory of the future England, but in the west of Wales. Later, its owners simply “transported” the monument with them, taking the most valuable parts of it and completing the outer rings of Stonehenge from local sandstone. This theory was confirmed last year after a chemical analysis of the bones of the alleged “builders” of the structure.

In addition to the bones of the builders, as noted by Magvik and his colleagues, archaeologists found a century ago in the vicinity of Stonehenge and the bones of several hundred pigs allegedly stabbed and eaten during religious or cultural holidays held on the territory of this mysterious structure.

The Welsh origins of Stonehenge’s “builders” prompted scientists to believe that pigs could also be brought to Wiltshire from somewhere in other regions of Albion. They checked if this was the case using the same methods of chemical analysis of the remains.

In particular, the proportions of strontium isotopes and heavy oxygen-18 in the enamel of the teeth and in the bone tissue of a person or animal make it possible to understand where they were born and in which regions of the country they later lived. In turn, the ratio of calcium, barium, and strontium atoms gives out what kind of food they ate.

This analysis pointed to an amazing thing – pigs were brought to all four points in the vicinity of the monument, where their remains were found, from all over Britain, even Scotland and northern England, thousands of miles away from Wiltshire.

A similar “variegation” of origin was also characteristic of another Neolithic monument, a ring of stones in the vicinity of the village of Avebury, located a few dozen kilometers from Stonehenge.

All this, according to scientists, suggests that such monuments played an important role in the lives of all residents of the future Britain, and not just Wales and the south of England. The inhabitants of other parts of Albion knew about the existence of such structures and revered them even in those cases if they lived thousands of kilometers from them.

Why this is so and how these people managed to transport pigs to live at such great distances, archaeologists and historians have yet to figure out, concluded Medgvik and his colleagues.