In Switzerland I found an unusual Roman treasure 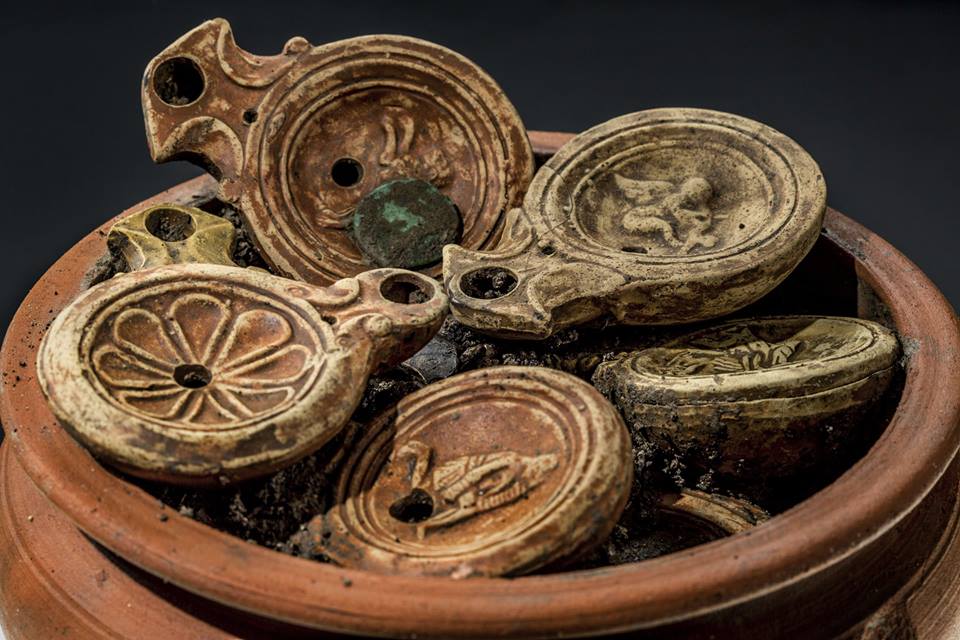 Swiss archaeologists exploring the remains of the Roman settlement Vindonissa in the modern town of Windisch in the Canton of Aargau, has found an unusual treasure. The clay pot was filled with oil lamps, each of which was a coin.

Military camp Vindonissa was founded by the Romans about 15 BC on the site of a Celtic settlement. Troops it was to be 101 years old, and after he was turned into a civil settlement existed until the sixth century. Archaeological excavations on the territory Vindonissa being a long time, many of the finds displayed in the Museum Vindonissa, and in the city for tourists recreated buildings from the Roman era.

The current excavation the Department of archaeology of Aargau leads in 2013 on the site of the planned construction of a multipurpose center with underground Parking. In the course of the work were discovered remains of earthen ramparts, walls of stone buildings and even a latrine pit. Was found there and pot, just the same as what was usually used by players to cook their food. Filled with was this pot of clay oil lamps. It was also very common and everyday objects of Roman life. They were a small vessel with a spout, filled with oil. The spout is inserted a wick, which is ignited.

Was in the pot 22 of the lamp, which in itself is unexpected. In recognition of the archaeologist of the Canton of Aargau George Mutter (Georg Matter), even more scientists were surprised when it turned out that each lamp is ass – a bronze coin of small denominations. The coins date back to 66 and 67 years, this date corresponds to the style that made the pot and lamp. Lamp, according to Roman custom, decorated with various images: goddess of the moon, flower, Cupid, defeated Gladiator, the lion, peacock and even love scenes. As the amount of money in 22 AssA was small, scientists believe that coins play some symbolic role. It can be assumed that the discovery was part of a burial. To this conclusion scientists have pushed bone fragments, also were in the pot. But it turns out that the bones of animals.

George mutter says that previously, archaeologists have not found similar findings, so correctly interpret the treasure trove of Vindonissa will be very difficult .