In the Altai found a carving workshop of ancient people 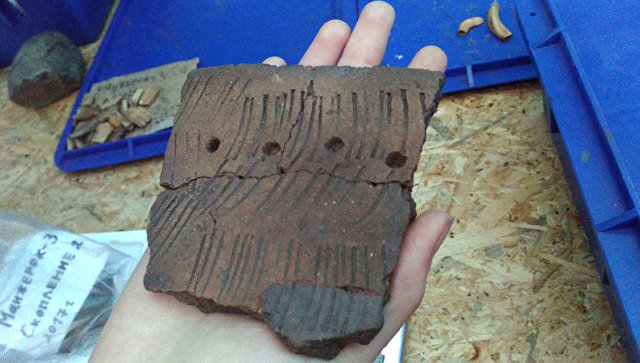 Scientists of the Institute of Archeology and Ethnography of the SB RAS at excavations in the ancient settlement of Cheremshanka in the Altai Republic discovered an ancient bone carving workshop, which existed approximately two thousand. years ago.

Excavations scientists spend in the right bank of the Lower Katun up to Chemal. For one field season, the detachment manages to explore several monuments at once.

At the site of the ancient settlement of Cheremshanka it was possible to find two broken bone carbane, slightly resembling trident beak bone combs. Their age was about two thousand years, they were made from the edges of an ungulate animal. Such musical instruments were widely distributed in the Hunnish time. But for the Altai Mountains, these warbans, like traditional musical instruments, are the oldest.

“There are signs of an ancient bone carving workshop of the Sarmatian time nearby: numerous wastes of intensive bone-cutting production, bone patches for bows and arrowheads, a small bone-cutting knife and a grinding stone (cutlet) .Objects from bone and horns are often found in burials in Altai, but their places Production so far no one has detailed studies, “- said in a statement.

The Office notes that due to extreme conditions: high humidity, dense grass and forest cover in these areas, there are many interesting finds and uncultivated barrows. In recent decades, several previously unknown Kurgan groups of the early Iron Age have been found and investigated here.