In the Altai found a strange ancient burial 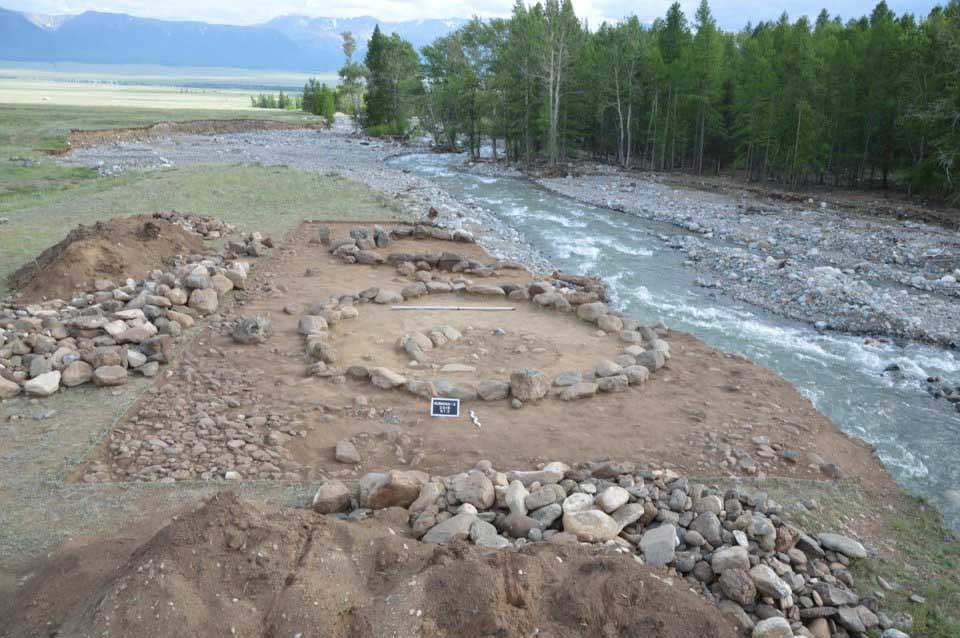 An unusual grave of the Pazyryk culture has been discovered by archaeologists during the rescue excavations near the old Beltira in Kosh-Agach district. In one mound were found two burials made within a few centuries one of them was buried an adult and a child without a head. The heads were “planted” to the burial of the late head of the Museum complex Gaga, doctor of historical Sciences Nikita Konstantinov.

The mound was the burial of Caldera-2, it is dated V-III centuries BC. As the scientist told, the burial was recorded in the early 1980-ies, where he conducted studies of the Moscow archaeologist Vladislav Burial grounds. According to drafted by them in those years, the plan of the monument, at the beginning of the expedition Gaga one mound, recorded scientist had already blotted out the river. Under the threat of destruction appeared and the next mound, which could disappear next year, therefore, was carried out rescue excavations.

In the center of the mound was a deep grave, where he found two burials. At the top of the pit was a burial of a later time – about the first centuries of our era. As explained by archaeologist, the mound has stood for several centuries, and later buried another person. Beneath this burial, at the bottom of the pit was the “main” burial – V-III centuries BC. In the burial was two people – an adult and a child or a teenager, and people were buried without heads. The location of the remains, scientists concluded that it was originally, as in the burial log was not found space for the heads of the bodies lay close to the walls of the framework. 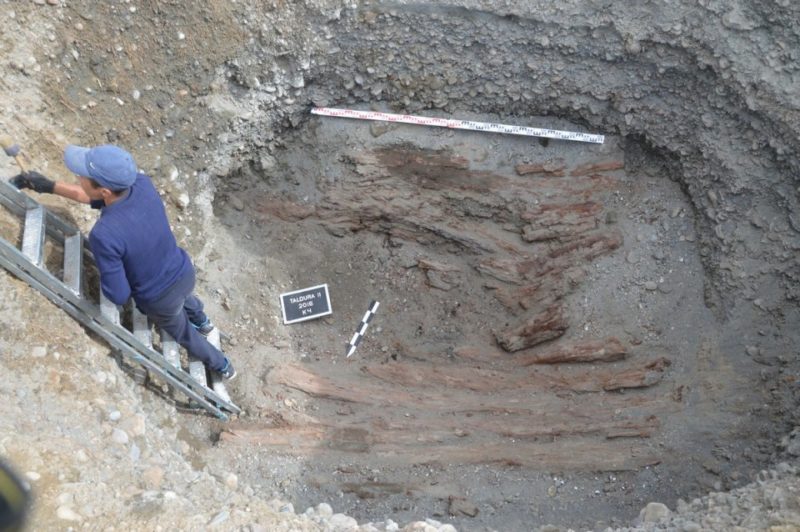 The top frame was covered with wooden logs, which were cut through the hole. Such lazy experts call “predatory”, some time after the burial of the ancient looters hacked such passes to get into the tomb and plunder it. Burial and manhole date from the same time. Archaeologists have decided that the burial had been looted. However, when it opened, inside was a thing or two bronze mirrors, fragments of ceramic ware, clothing. And hacked for penetration inside the hole they waited for the strange discovery of two skulls.

Scientists have suggested that after the burial was cut through the hole, and there was a throw of the head. “Actually, we have quite often the burials without a head, which is connected with the buried part in the hostilities. Was a common custom, when heads of defeated opponents made bowl as a sign of celebration. But there are also the remains of children, so it’s hard to say, but, most likely, and here it was connected with the military actions,” — said Konstantinov. He also noted that the dual burial in the Altai occur, but very rarely. This is not always the adult and the child meet and the burial of men and women.