In the Altai found the medieval wooden sarcophagus 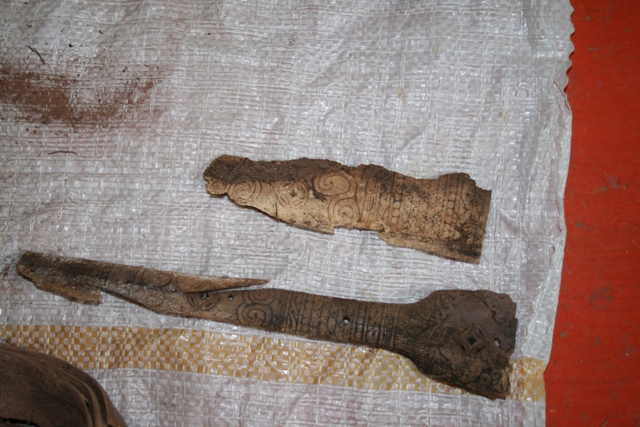 Burial of the middle ages with well-preserved artifacts found two local residents in the Kosh-Agach district of the Altai Republic. They found it in one of the rock pits near the village of Cocora.

Along with the man buried artifacts were found fragments of wooden shafts with iron tips in birch bark quiver, household items made from tree roots, remnants of silk ribbons and other items. Of great interest are the fragments of birch bark to put on them ornaments, according to the Agency for cultural and historical heritage of the Altai Republic.

His finding citizens has notified the Agency that has taken the necessary steps for the transfer of finds to the Museum of the village of Kakora, which is a branch of the National Museum named after Anokhin.

According to scientists, the relatively good preservation of artifacts was influenced by the dry climate, and that was buried in a wooden sarcophagus.