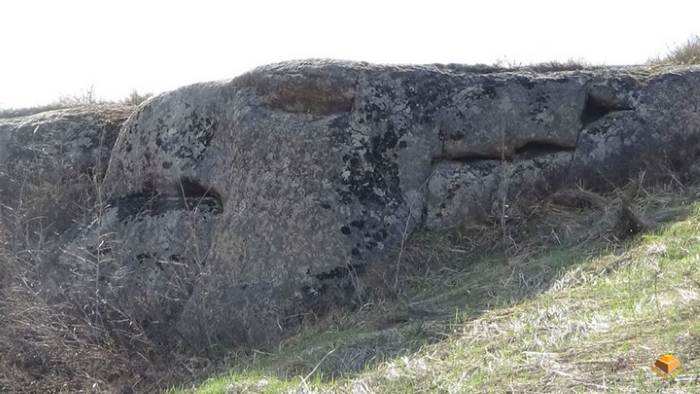 In the Altai Territory specialists discovered unusual megaliths – large stone sculptures in the form of heads of griffin and dragon. This is reported by the Altai Center for the Study of Megaliths.

The natural-anthropogenic megalithic complex was found 20 km from Belokurikha in 2013, but only in April 2017 additional studies and photographs of the objects were made. The main megalith is a six-meter predatory bird, carved into the rock. The stone was called a griffin.

As experts note, because of the tuft on the head, the bird resembles an eagle-headed griffin, which was found in Scythian culture. However, it is argued that the Scythians did not create such large statues. In addition, in the same area, on Mount Mohnatoy, was found zoomorphic stone “dragon”. It looks like the head of a reptile with elongated jaws and an eye like a round bulge.

The mass of the stone is more than 120 tons. It consists of six parts: visible joint seams. Natural origin is denied by researchers in connection with convex and smoothly outlined forms. Experts came to the conclusion that in ancient times there was a culture of megalith builders in Altai: people created huge sculptures of stone.

The age of the sculptures is not exactly defined. “The period of possible dating of the megalithic complex to the town of Mohnataya stretches until the end of the last glaciation,” one of the expedition members writes.