In the Andes, found a copper mask which is 3000 years old 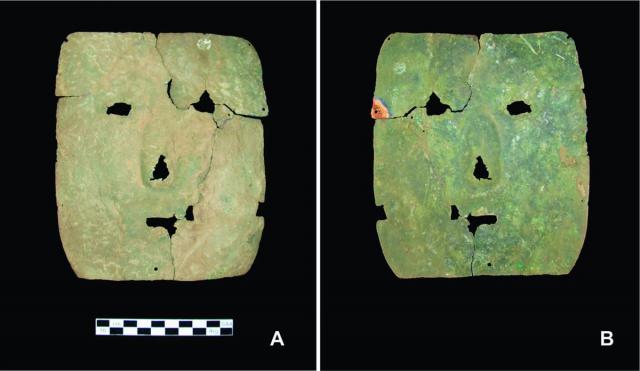 Archaeologists have discovered a mask in the southern Andes in Argentina, which is one of the oldest metal artifacts in South America. The mask is a copper rectangular plate. The age of the subject is estimated at 3 thousand years. The find refutes the hypothesis that metalworking in South America originated in Peru.

The mask has several holes: for the eyes, nose and mouth. Also in it there are additional round holes near the edge through which the rope passed.

According to the researchers, copper for making the artifact was mined 70 kilometers from the place where it was found.

The mask was discovered after the summer rainy season. In addition to a mask near the village of La Quebrada in north-western Argentina, human bones that belonged to 14 individuals were also mixed. Nearby, another burial was discovered, in which a child of 8 to 12 years old was buried. In his grave archaeologists found a stone bead, as well as an object resembling a copper pendant with a small hole in the upper part.