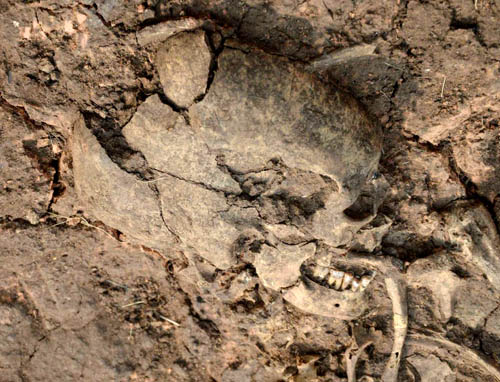 This year, the expeditionary troop Reserve “Arkaim” under the leadership of Yuri Makarova continued excavations at the cemetery of the epoch of nomads called Nandesari-6. Two days ago on one of the mounds, archaeologists began to clear the grave, which was discovered the skeleton of an adult woman.

If it were found an iron knife, ceramic spindle (item used in spinning), small beads and fragments of a ceramic vessel. 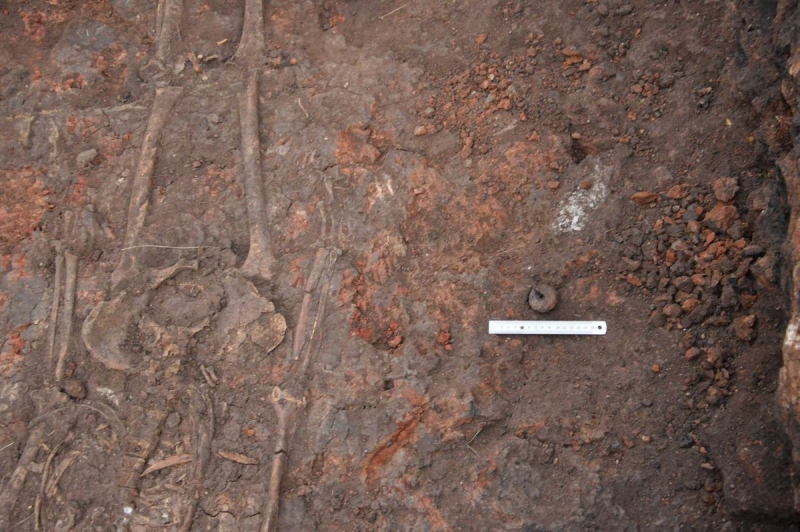 And the black beads were located in a row near its owner, and may have designed the sleeve of the burial clothes were either bracelets. That girl was cleared of organic decay, which could remain from the original flooring, which buried the deceased. Gender and age while it is impossible to establish, since it requires the diligence of an anthropologist. Buried, most likely, belonged to a tribe of Sarmatians, as well as two men with a woman, excavated in the same cemetery last year. Most likely buried there lived and died in the 2nd-3rd centuries ad, i.e. 1700-1800 years ago. 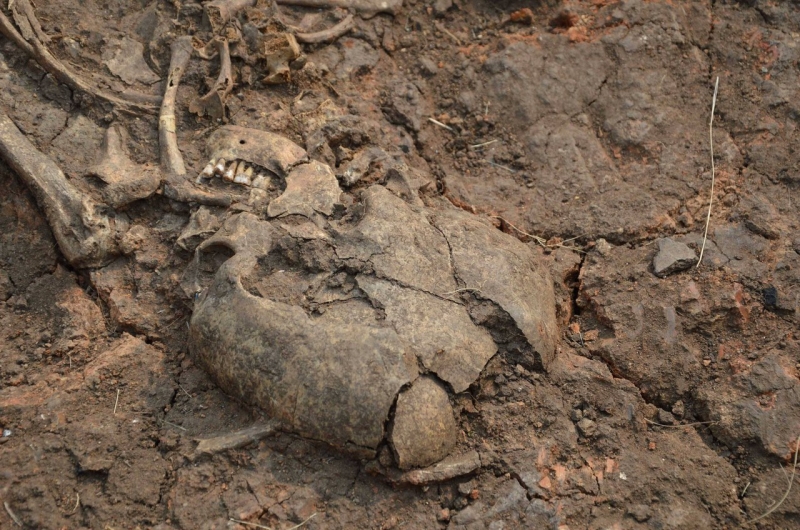 Mound-erected over the burial, was low – when the discovery was made not more than 30 cm In the mound during the excavations were found fragments of decorated jug, which while cannot be repaired. Grave tribesmen dug for the deceased at a depth of about 1.5 meters. Surprisingly, the pit, the entire perimeter was lined with burnt wood. Perhaps the fire symbolizing a ritual cleansing of the space when the funeral procession. As a rule, traces of fire (and often very large) are visible on all barrows of the Iranian-speaking nomads of the Eurasian steppes.

During the month, archaeologists also plan to complete the excavation of the largest mound of the burial ground, where even now in the burial structure can be traced amazing earthen structures and traces of large fires. 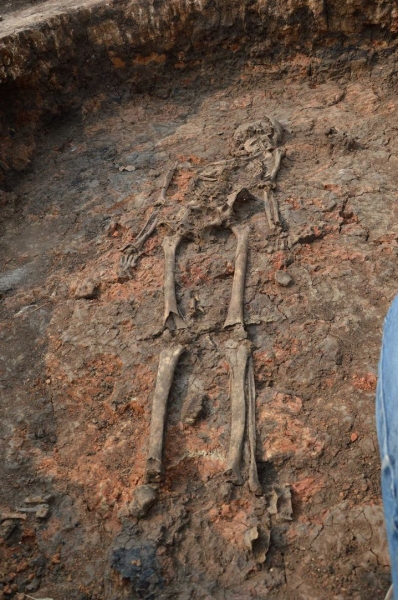 Have discovered this year of nomad, like tribesmen, there is a deformation of the skull, but not as bright as the woman who became famous in the year 2015, in the media under the nickname “alien.”