In the Arctic found the ancient clothes of the Inuit 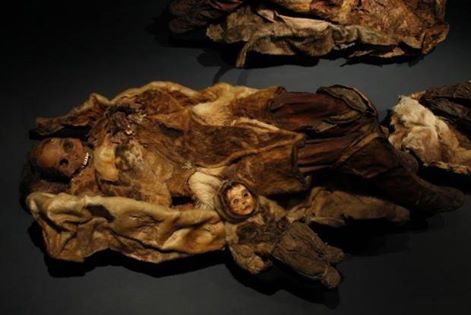 Hunters found in the North-West Greenland the oldest samples of the clothing of the Inuit. Grave, they had reached the hunters, was created 500 years ago.

National clothing of the Inuit is now on display at the National Museum of Greenland. Two hunters stumbled upon a tomb 500 years ago in 1972 in the tomb were the mummified remains of eight people. Archaeologists who conducted the radiocarbon analysis have determined the age of mummies around 500 years, the Inuit died approximately in 1485.

The sensational discovery of a unique burial aroused the interest of ethnologists, because clothing of the Inuit is perfectly preserved. Earlier in the Arctic, never found anything like it.

“Inuit clothing was sewn from leather and fur, which was based on decorative details: pearls or colored fabrics, which are present in the modern version of the dress of the Inuit,” notes Abijah Rosing-Jacobsen, curator of the National Museum of Greenland in Nuuk city. Rosing-Jacobsen noted that over the years, the Greenlandic national costume underwent changes: from everyday practical apparel it became the bright festive attire, in which we see the Inuit today.