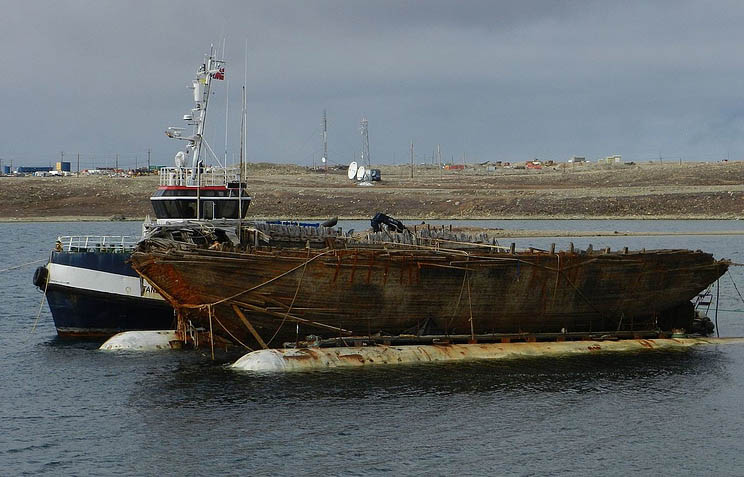 The group of the Norwegian researchers could lift from a bottom of the Canadian Arctic the ship of the legendary traveler Rual Amundsen (1872-1928).

The vessel which received the name of “Maud” sank in 1930 near the settlement of Cambridge-beat which is located on the southern coast of Victoria Island in the Arctic Canadian territory Nunavut. The ship was floated in 1917 and called in honor of Maud Velikobritanskaya – the queen of Norway (governed from 1905 to 1938).

The famous Norwegian researcher of the Arctic passed on him during the expedition of 1918-1920. Northeast pass. In 1925 the vessel was sold and till 1926 was used in Canada for freight transportation when it was clamped by ices at the settlement of Cambridge-beat where four years later and sank.

“It is very beautiful and very strong ship. We are glad that today we can see “Maud” in very good shape”, – the participant of the Norwegian research group Jan Vanggaard declared. He added that his team worked in this area Nunavuta within the last six years. As a result they managed to lift the ship, to install it on the barge and to clear the case. “Maud” will spend one more winter in the Canadian Arctic then he will be brought to Norway.