In the Bryansk region found a statuette of “Paleolithic Venus” 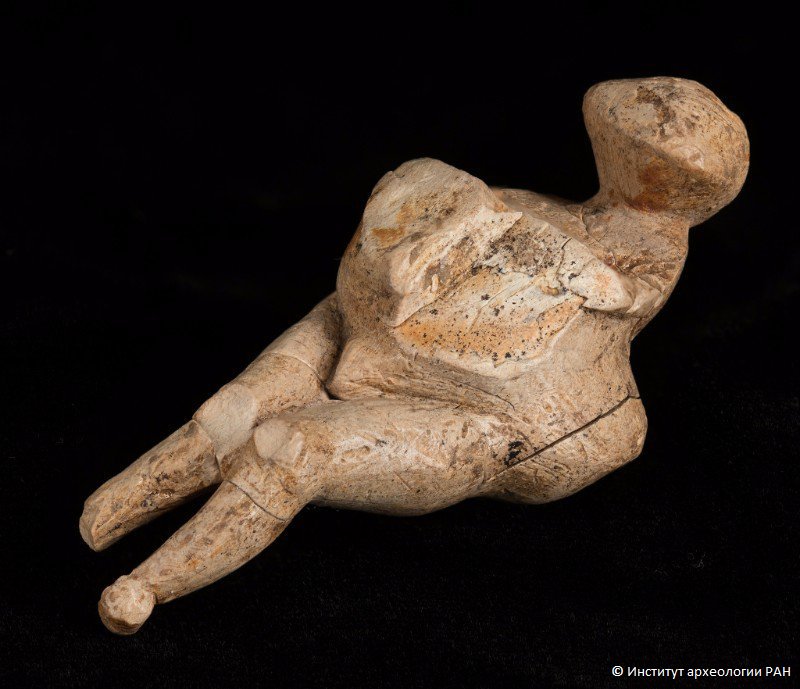 Scientists from the Institute of Archeology of the Russian Academy of Sciences found a statuette of “Paleolithic Venus” carved from the tusk of a mammoth during the Ice Age in the Bryansk region during excavations of the “Khotylevo-2” parking lot.

According to the head of the expedition, deputy head of the department of stone age archeology of the IA RAS Konstantin Gavrilov, there are only a few dozen of statuettes of this kind in the world, so this find is an important event for researchers.

The size of the found figurine is just over five centimeters in length, it is made from the mammoth tusk and depicts a fat woman with a large belly and chest. Most scientists believe that such figures had ritual significance.

“Speech in this case, apparently, is about the reproduction of game animals, about the continuation of the family, about the well-being and the revival of the world as a whole,” Gavrilov said.

Work on the Khotyleva parking has been underway since 1993. According to radiocarbon analysis, the tribes of hunter-gatherers lived here from 21 to 24 thousand years ago, and the age of the cultural layer in which the statuette was found is 23 thousand years.

The first “Paleolithic Venus” was found in 1864 during the excavation of the Lozhari-Bas in the south-west of France. Subsequently, they were repeatedly found in Europe, Central Russia and Siberia. Their sizes vary from five to 15 cm, most of them Venus was made of burnt clay, limestone, but most often they were carved from mammoth tusks.