In the cave of Atxurra found 70 rock paintings 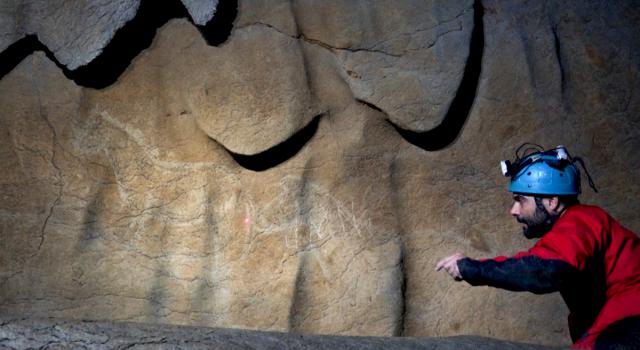 Spanish archaeologists have discovered in the cave of Atxurra at a depth of 300 meters 70 rock paintings of the late Paleolithic. Scientists discovered among the images – the figures of horses, bulls, goats, deer and tours.

The drawings were created with 12.5 thousand to 14.5 thousand years ago. Some of the animal outlines were barely visible. In places the image has traces of black pigment. According to the archaeologist Diego Garate, to the place where they found the image, so difficult to reach that it probably would not be open to the public.

The cave was discovered in 1929. It was first explored in 1934. Since her study, no one did. This continued until 2014, when a team of archaeologists under the direction of Diego Garate has not resumed the study. While experts find it difficult to say whether the rise Atxurra in importance in one row with such Spanish caves like Altamira. However, the first findings are already very promising.