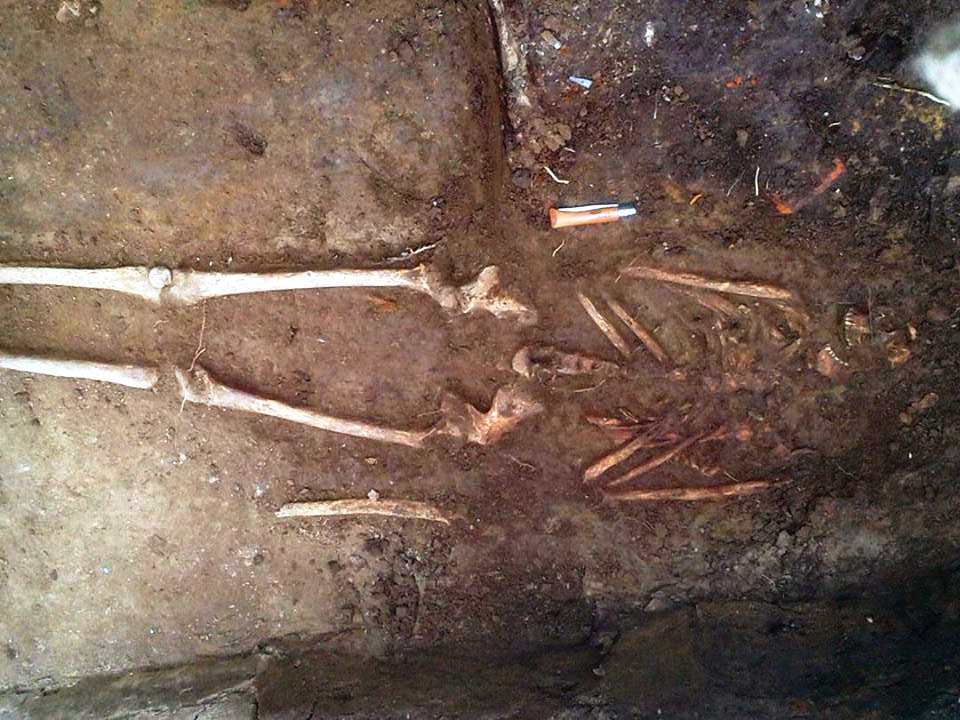 An unexpected discovery surprised local archaeologists. For several weeks in the area of ​​the Patriarchal Gardens, reconnaissance archaeological work continues on the site of the future construction.

According to the historians working on the excavation, most of the findings date back to the period of the developed Middle Ages. A significant part of the found artifacts are the remains of ceramic products. Also, mass graves were discovered.

Special attention of archaeologists has been riveted to the skeleton of a woman of enormous sizes, by the standards of the Middle Ages.

– Female bone remains were found in soy dating from the thirteenth century. Presumably, they belonged to a nun, since in the Middle Ages there was a nunnery on the territory under study, “says Ivan Mukhin.

According to the archaeologist, the length of the skeleton is about 183 centimeters. This fact is extremely curious, since in the Middle Ages the growth of people was much less than that of our contemporaries.

“I’ll venture to assume that this woman died from some serious illness, since the bones are considerably disfigured.” However, while anthropologists have not conducted their research, we can not be absolutely sure of anything.

In Vladimir annually there are excavations. Often they are reconnaissance, since the law requires an archaeological survey of the territory on which construction work is planned. This law extends to the entire territory of the historic part of the city.