In the centre of Lipetsk found the grave of Sarmatian women 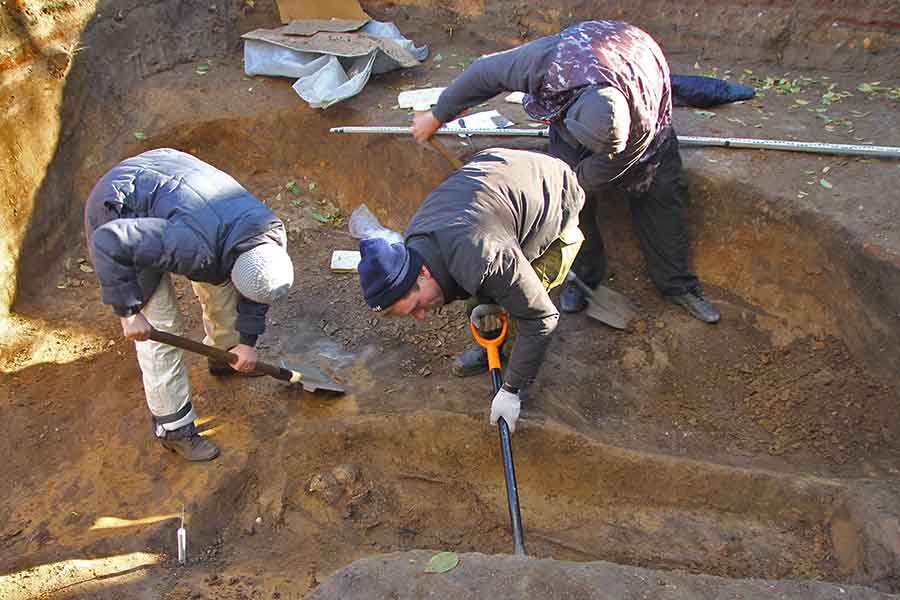 Russia, Lipetsk archeologists state Directorate for the protection of monuments and cultural heritage of the region made at street forge in Lipetsk amazing discovery – a woman’s burial.

Excavations conducted on the site of the future construction. In the course of research has already been found in two burials, after yesterday’s opening, it became clear – at the foot of Cathedral mountain is a burial of Sarmatian culture.

One of the main unifying characteristics of the burials was the orientation of the remains – a skull to the North, feet South. It was in this position was found Sarmatian woman in the middle of October. At her burial, scientists were able to collect 25 yellow beads, metal earrings and curtain walls (load from the loom – approx. ed.) that allowed to suggest that here was buried a woman.

The third burial was also female and the “rich” to the inventory. The skeleton is studded with beads and black beads. A chaotic arrangement of his burial and the concentration at the neck and wrists suggests that beads were decorated burial clothes.

Also found an earring and Sarmatian brooch, presumably bronze. In the context of the burial of the visible handle of some object of the toilet is also made of bronze. As suggested by archaeologists, it is likely that this mirror. Tribesmen and women laid it at her feet, as well as a clay jug.

While the funeral is not fully disclosed, so archaeologists are careful to say not only about the cultural background of the women, but the burial ground as a whole. 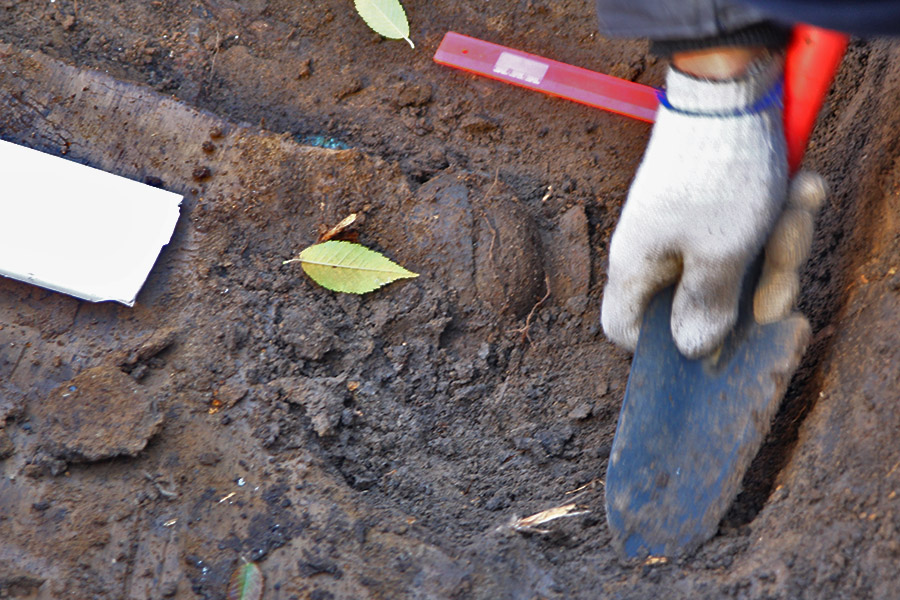 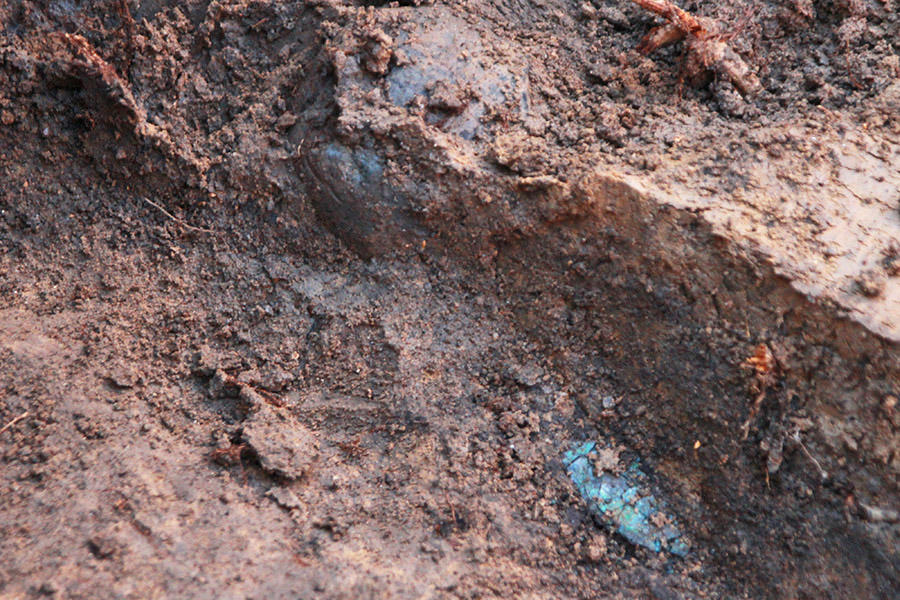 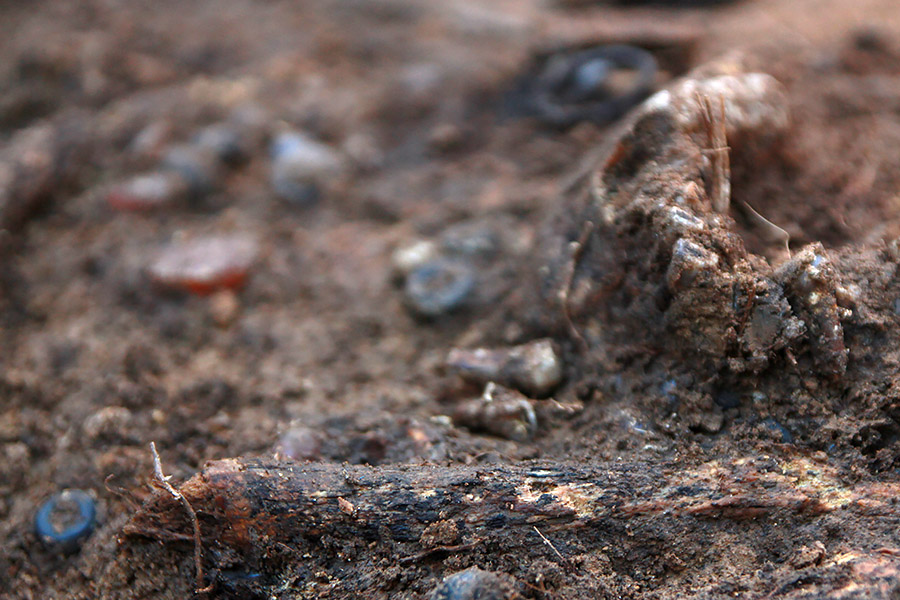 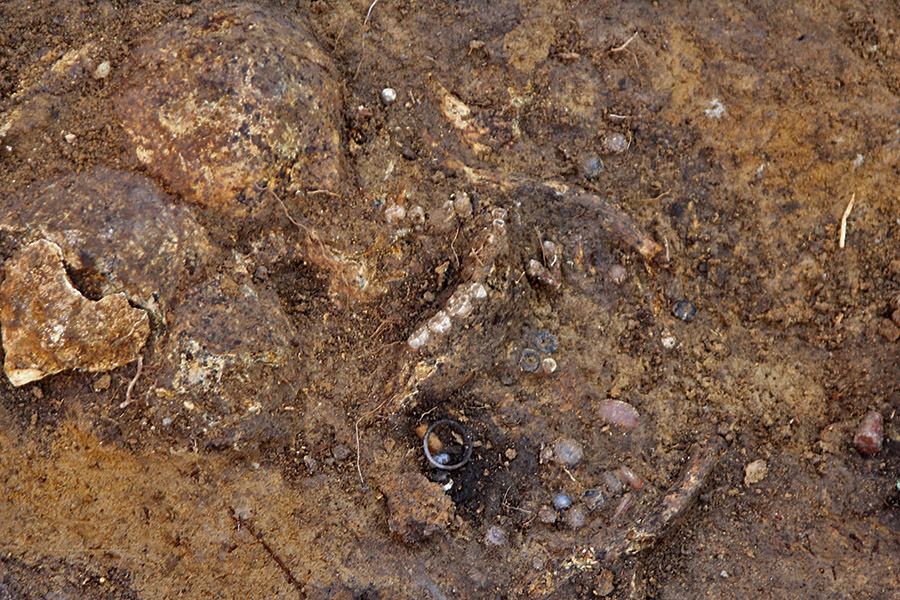 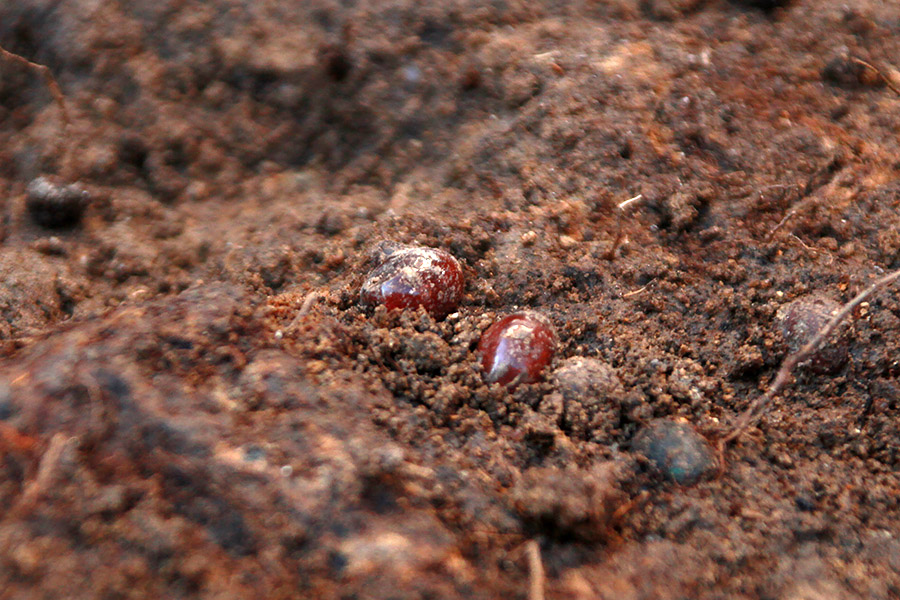 – Still more questions than answers, says the head of archaeological excavations Artem Clockout. – I can say with confidence only that we have before us the burial of Sarmatian culture, which proves a number of features – the orientation of the burials around the world and classic for this era funerary equipment.

To the question, whence came the Sarmatians and where lived until, as they were consigned to the earth, Artem Clockout did not give a direct answer, just suggested that the settlement could be a few hundred meters on the monument of archeology “Lipetsk settlement”, where it was previously detected artifacts of this culture.

Since about two thousand years ago the territory of modern Lipetsk region was a classic forest-steppe nomads from among the Sarmatians was problematic to their way of life, so they moved to a semi-sedentary lifestyle. And a picturesque beach flowing in the time river Lipovka in the future centre County, and afterwards provincial, of the city became a refuge for the ancestors of warriors, conquered the unconquerable Scythians and kept at Bay for several centuries the Northern edge of the Roman Empire.