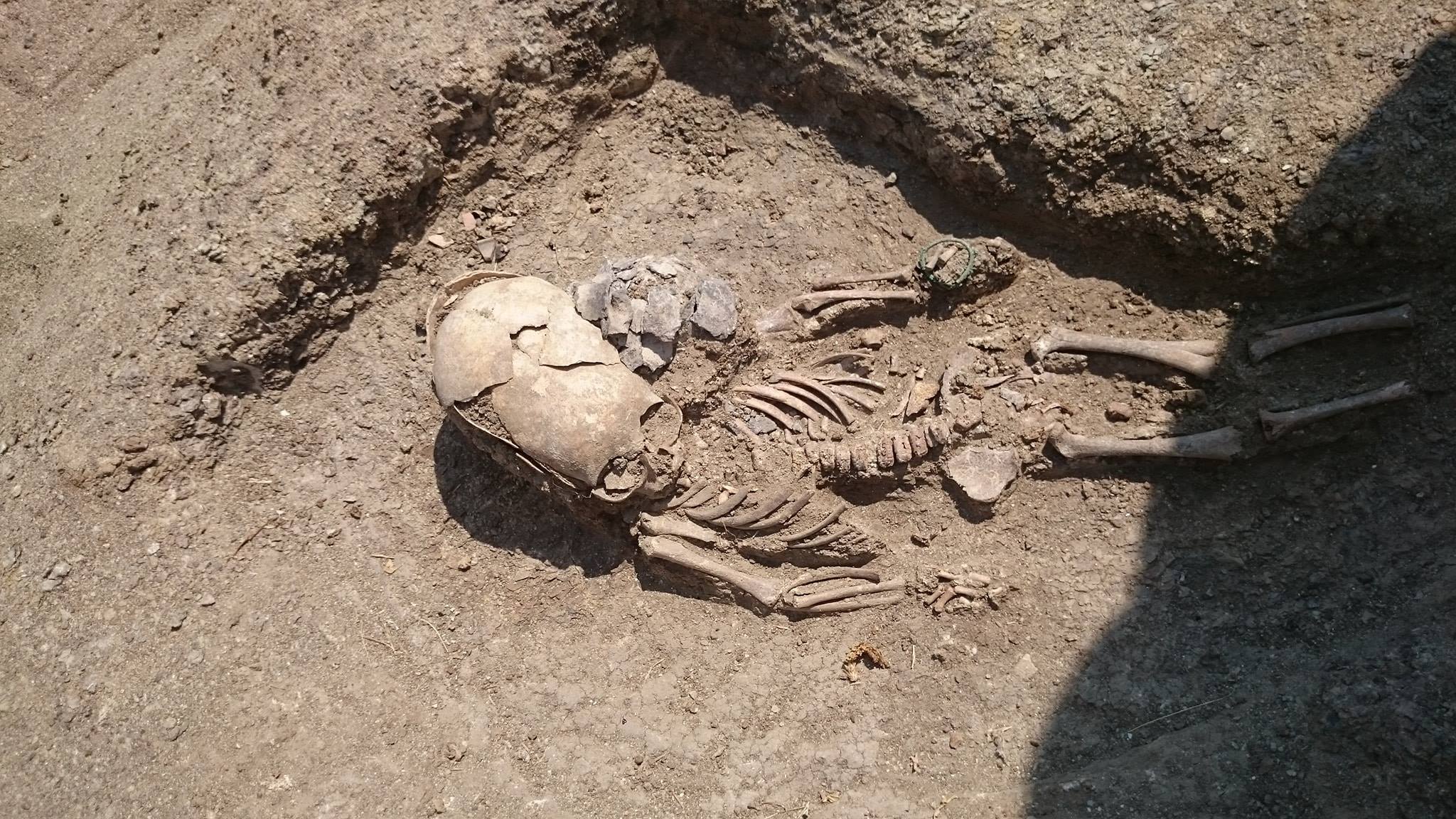 The burial of a child of the 2nd century AD was discovered by archaeologists at the ancient necropolis of Kyz-Aul in the east of Crimea: the expedition members dubbed it “the grave of an alien”. “The unusual nature of the burial lies in the fact that the skull was heavily deformed from the barbarous tradition.

According to the anthropologist, at the time of death, the child was no more than a year and a half. It is possible that the boy was later destined to become a warrior, equestrian cataphractor, defender of the Bosporus state, “the report said. 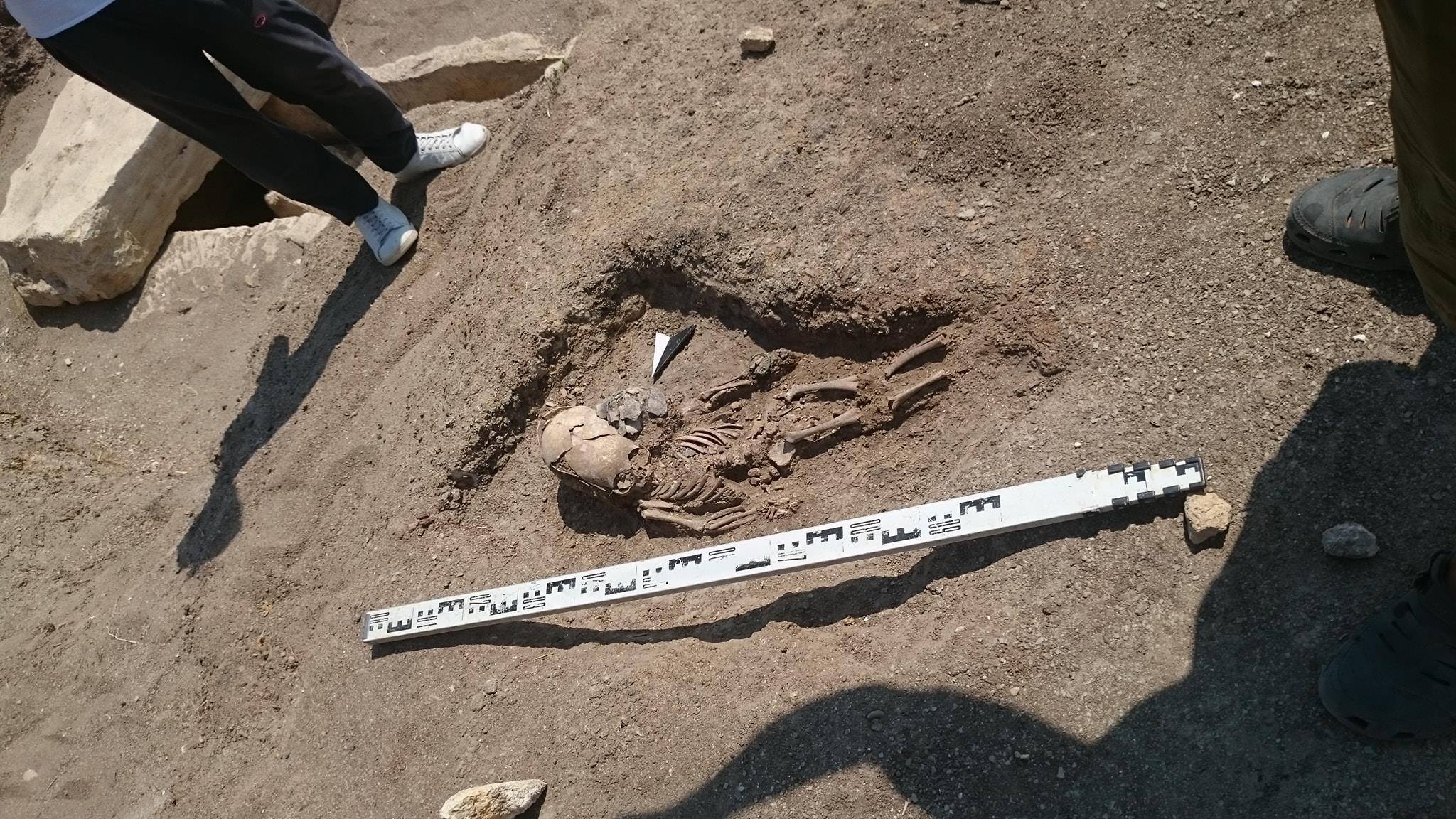 Deformation of skulls is most often found in Sarmatians, especially late ones, and is one of the signs of their identification.

“It is known that the first finds of artificially deformed skulls were made by the founder of Bosporan archeology by Paul Dyubryux in 1826 in the necropolises of Bosporus Cimmeria, in the Kerch region.

Cranial deformation, most likely, was carried out to denote belonging to a group or to demonstrate social status, “say archaeologists.

Meanwhile, according to some researchers, this kind of change in the shape of the skull has led to a change in the nature of the person, for example, to increased aggressiveness. 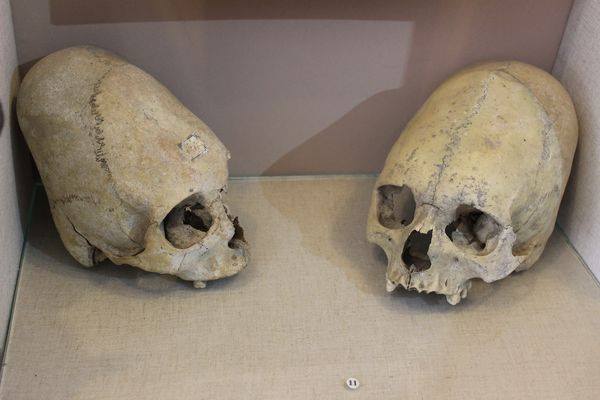 “So, the Sarmatians, whose deformation of the skull was very widespread, were a paramilitary people and differed by increased aggression.”

Next to the skeleton of the child found a molded vessel, small beads of pastel glass and a bracelet of copper alloy.

In the layer where the “alien” is found, there are burials from the 1st century BC. E. To the III century AD. E. To the same period, there are monumental stone crypts, which are considered burial places of the Sarmatized military nobility of the Bosporus kingdom.