In the Czech Republic they found a treasure of medieval coins 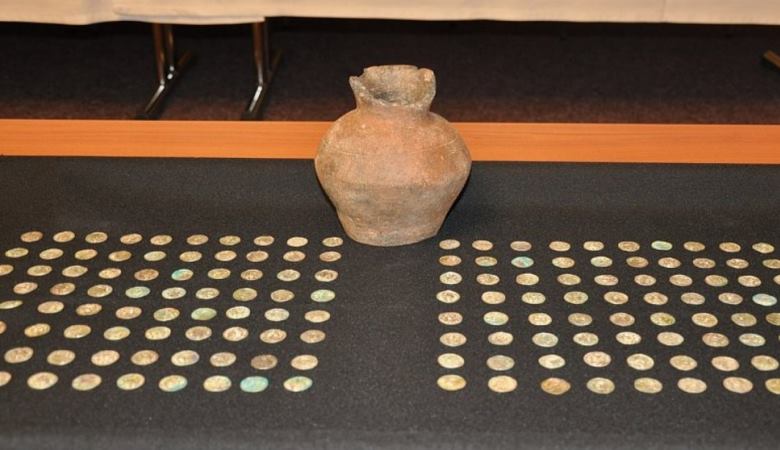 Silver denarii of the Czech rulers of the 11th century Břetislava the First (1034-1055) and Spytignev the Second (1055-1061) are presented at a specialized exhibition in the “Práchek Museum” in Pisek (South Bohemia).

“This is a coin raised from the treasure, minted at the mints of the early medieval Czech principality,” the museum’s director, Jiri Prashek, told reporters.

“The treasure, supposedly, was hidden here around 1061,” he noted. – The coins were in a clay pot buried in a forest near the place where, as archaeologists established, in the Middle Ages was one of the palaces of the Czech princes. ”

Coins, each weighing about one gram, have reached our times in perfect safety. They were minted of high-grade silver.

“The total weight of the treasure was 1330 grams. In the Middle Ages, it was a huge fortune. Therefore, we are confident that one of the representatives of the highest nobility of the Czech principality hid the coins, “Prashek said.

He stressed that the coins presented to the public in the “Prathensky Museum” have “a great historical and cultural value.” On the territory of the Czech Republic, “not more than a dozen treasures belonging to the period of the first Czech prince’s rule” were discovered. ”

The treasure, the contents of which are presented at a specialized exhibition, was found this spring near the town of Pisek. “A woman who strolled through the forest came across him quite by chance. She reported on the find to the authorities and received a corresponding monetary reward for her. Coins were transferred for storage and study in the “Prathensky Museum”, – said his director.