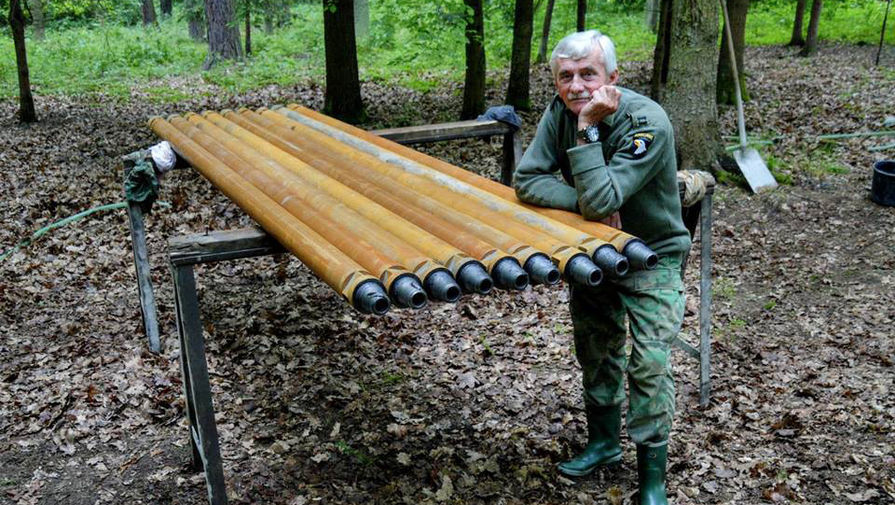 The Czech treasure-hunters declare that they are close to a find of the treasures left by the Nazis departing from Prague in 1945. Meanwhile in Poland archeologists found the Nazi time capsule pledged in the city which in the 1930th years belonged to Germany.

The town of Shtekhovitse located in 30 km from Prague was struck by a gold-rush. Once in the city the educational institution CC was located, and as the seeker of treasures Josef Muzhik claims, 540 boxes with values for the total amount of 50 billion pounds sterling exactly here shall be hidden. The gold, jewelry, art cloths and documents in due time belonging to the Berlin society of the Kaiser Wilhelm is stored in boxes, Muzhik considers, referring to information obtained in archives.

He also declares that the Nazi general Emil Klein directed creation of a hiding place. The treasure was created because the German troops didn’t manage to evacuate the stolen values.

According to the seeker of treasures, the treasure was left in 1945 during movement of the departing German troops on the territory of the Czech Republic.

The Prague offensive transaction began on May 5, 1945. It was the last strategic transaction of Red army in the Great Patriotic War. During it Prague was freed from the German troops. At the first stage of battle in fights on the party of the risen residents of Prague accepted parts of the Russian liberation army. The Soviet troops were resisted by group of Centre armies numbering up to one million people under command of the general field marshal Ferdinand Shyorner. Executing Hitler’s order, the general field marshal planned to defend near Prague and in the city, having actually turned it into “the second Berlin”.

However the most part of Nazi command already understood that war is lost. Therefore Germans tried to hide a part of values that the coming allies didn’t get those.

The story about treasures in Shtekhovitsa lasts since the end of war. Josef Muzhik conducts searches of the German treasure more than 30 years. Recently he decided to combine efforts with the Sudeten German Helmut Genzel, in the past the employee of the Czech intelligence agencies.

Genzel interrogated the general Klein after war in due time.

Together they created the media project where they place the last information on searches of a treasure and inspection of underground adits where, according to the assumption of hunters for treasures, it is hidden. Also the Man and Genzel raise money for searches of the German treasure by a crowd funding method. Helmut Genzel is engaged in searches from 1970th years. At first its searches were paid by the local city administration, after — the Omnipol company which at that time was engaged generally in trade in arms. But in 1992 the former employee of intelligence agencies acquired exclusive right on searches of the German treasures in the city of Shtekhovitsa, than and is engaged generally on the money. Treasure-hunters assure that they are close to the purpose, and promise to find a treasure no later than spring of the next year.

However the finds connected with the German Reich sometimes fall into hands of contemporaries. In the Polish city of Zlotsenets on September 6 under a building foundation the time capsule left by Nazis in 1934 was found. The time capsule is the message intended for future generations. Usually such message is located in the capsule or other reservoir and is pledged in foundation of buildings under construction or infrastructure facilities. 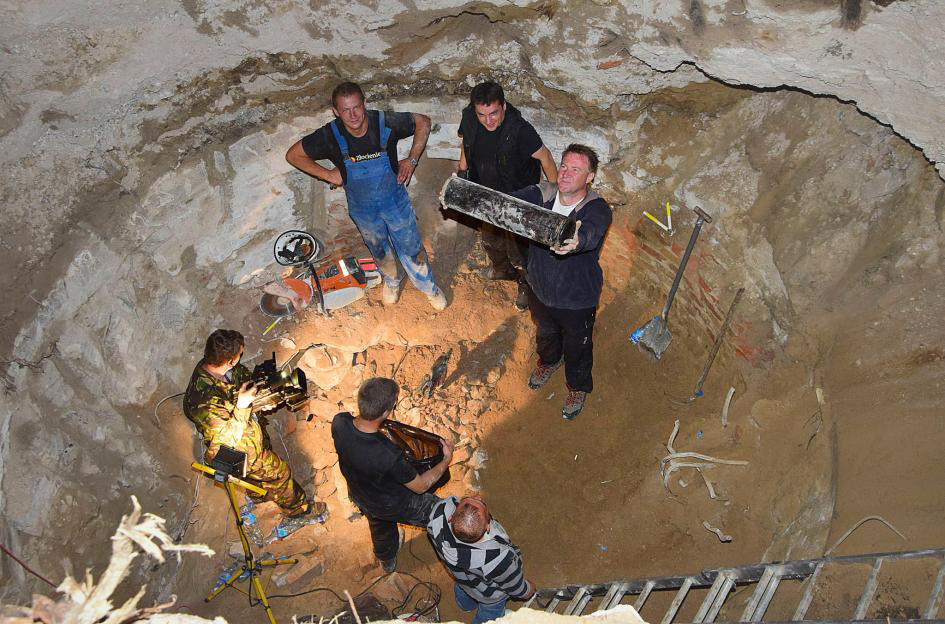 In 1934 these lands which are in the northwest of Poland and the city (in those days it was called Falkenburg) belonged to Germany. The territory has departed to Poland only after the end of war and revision of borders of many European states.

The capsule represented the soldered copper cylinder. She has been found in the territory of the Nazi training Krossinsee complex serving for training of future officers of the Third Reich. During fighting the complex has escaped and after war was used by already Polish army. To reach the Nazi capsule, it was necessary to archeologists

to overcome more than six meters of breed, to pass through ground waters and to bypass the land mines left by Germans.

The land mine is the ammunition intended for installation underground or near a surface. He explodes from presence or at direct contact with the victim. 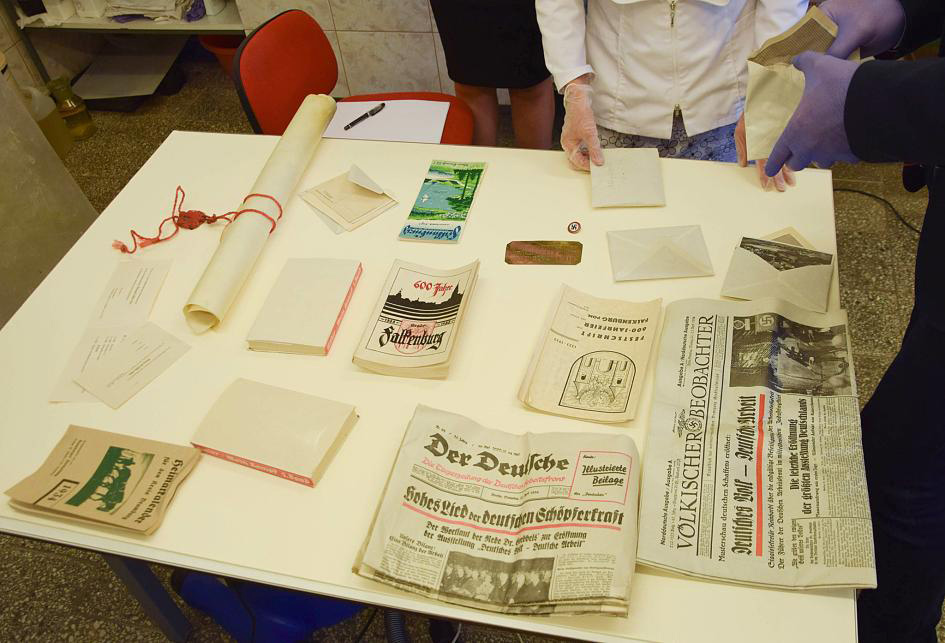 The maintenance of the capsule has a little upset historians. Many hoped that she will contain a film with a newsreel of solemn celebration of the 600 anniversary of Falkenburga.

However in the capsule there were only coins, cuttings of newspapers, several not especially important documents

and two copies of the book of Adolf Hitler of “Mein Kampf” which in Russia is recognized as extremist. All these materials aren’t unique, they can be found in libraries or storages.

Time capsules optional do specially. Recently in Paris the apartment which didn’t enter since 1942 has been found. The interior and all objects remained untouched 70 years. The apartment has completely kept the atmosphere of France of the first half of the XX century. The most remote on time in the future the capsule has to become located at Ogltorpsky university of the State of Georgia of the USA “Civilization crypt”. This room in which various fruits of activity of a human civilization (technical mechanisms, information carriers, photos, toys and even beer) are collected. The crypt has been sealed on May 25, 1940 for 6177 years. Thus, the 8113th years plan to open it on May 28.