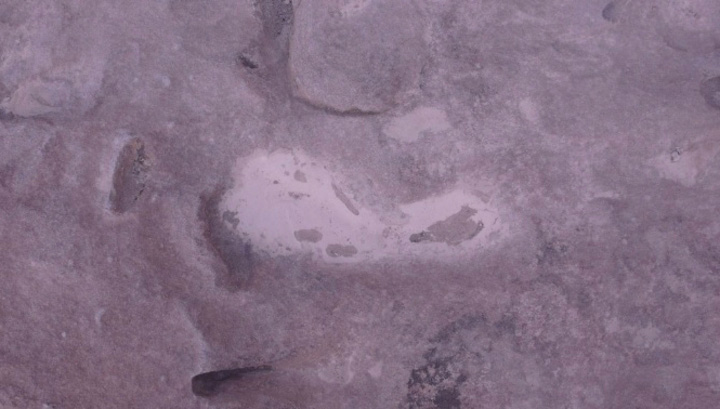 In the desert in the South-East Eritrea (a country in East Africa on the red sea coast), archaeologists discovered during excavations of the footprint. With careful study it was found that this could be the first trail of our ancestors – Homo erectus (Homo erectus).

According to experts from the National Museum of Eritrea and University of Rome Sapienza (Sapienza – Università di Roma), the size of the legs corresponds to the modern 45-th size. The imprint was left in the sandy deposits of approximately 800 thousand years ago, in the pre-glacial period, also known as Eopleistocene – then this place was the shore of a large lake.

“Footprints preserved in hardened sun sandy deposits, which was partially flooded. While we were able to restore a small part of them – about eight square meters,” — said anthropologist from the University Sapienza Kopp Alfredo (Alfredo Coppa).

According to him, the direction of the trail reflects the movement from North to South and, most likely, errors in the determination of the owner of the fingerprint can not be, because H. erectus was the only hominid species that inhabited these territories at the time.

If this is true, the importance of the findings is invaluable: this is the first known footprint of H. erectus, which will help to shed light on the evolutionary history of mankind.

This species was physically similar to modern man, but his gait representatives differed significantly. The print details displays the position of the toes – including yet another “stretch” thumb – inner longitudinal arch of the foot.

Now under this imprint anthropologists are going to obtain new data about our ancestors: for example, the trace may tell the body weight of its owner, the gait and even social behavior.