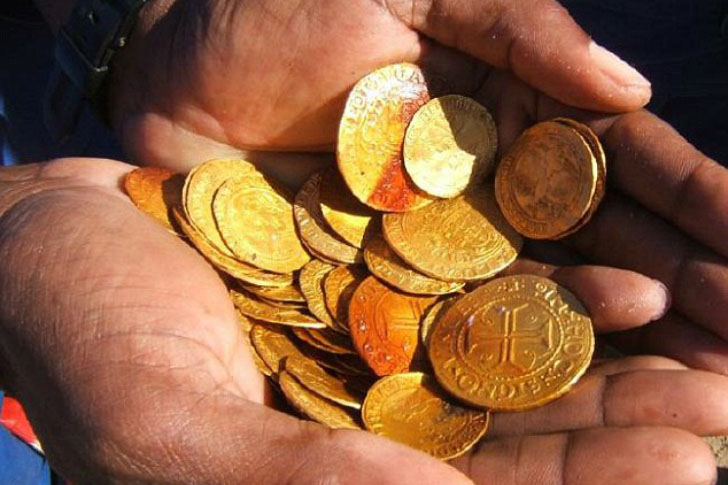 Namibian diamond miners stumbled upon the wreckage of the 500-year-old ship in the desert near the coast. The Portuguese ship Bom Jesus (“Good Jesus”) disappeared in 1533 on his way to India.

Very impressive was found under a layer of sand, the ship rested on the site of an ancient man-made sea lagoon, now turned into a salt lake. In the hold were found gold and silver coins, as well as many elephant tusks. The total value of goods estimated at more than $ 13 million.

The ship was found by diamond miners after drainage of one of the salt lakes not far from the Skeleton Coast (Skeleton Coast). From time to time in these places, find the ships, but the Portuguese cargo ship — the oldest of all found and the only one whose load is of such great value. 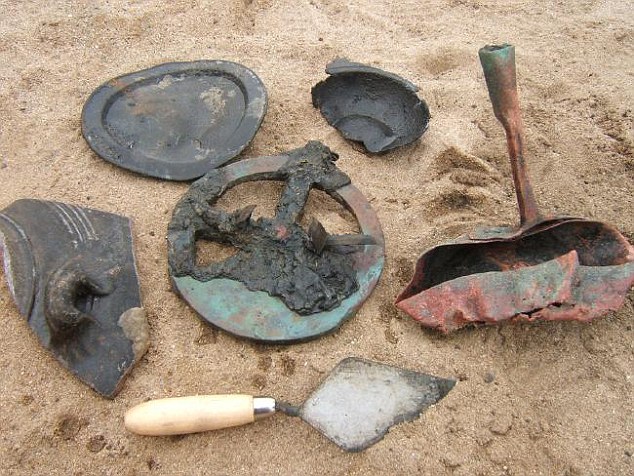 The objects found on the ship, with the scapula to understand the scale: the astrolabe (center), frying pan and some earthenware. Things are well preserved. 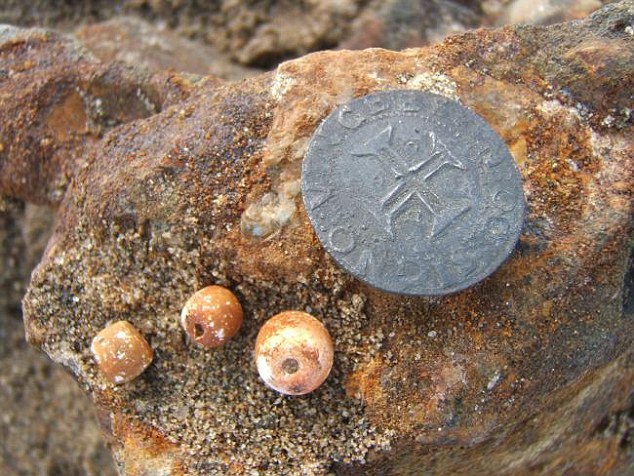 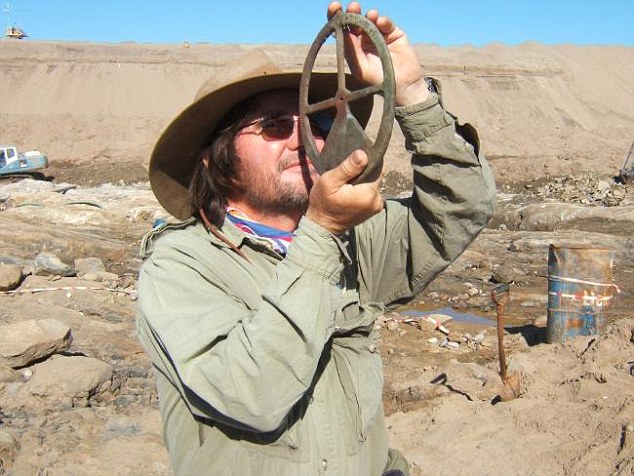 The Namibian government will assign found on the ship, the treasure itself. “It is normal practice, when near the coast are found the wrecks. If the ship went under the flag of a country, the values found therein, shall be transferred to its successor. However, in this case the Portuguese government very generously gave up those rights,” says the archaeologist Dieter Noli. In the photo: Dieter demonstrates how to use the astrolabe, predecessor of the sextant.

In the holds were found many Spanish, Portuguese and Venetian gold coins, ivory from West Africa, German copper ingots, weapons and, of course, skeletons. 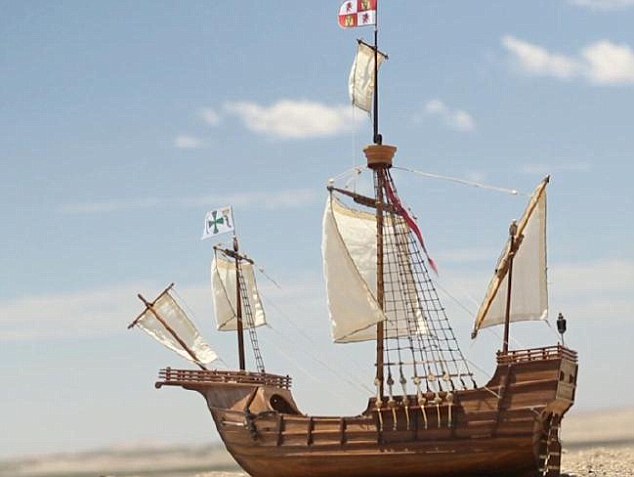 This model gives the opportunity to imagine how could look like Bom Jesus during his voyage to India in the distant 1533.