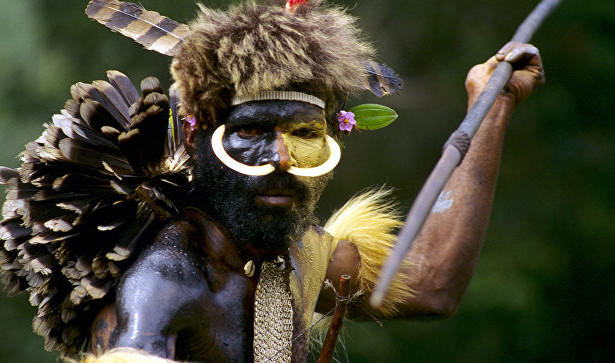 The dramatic decline in genetic diversity among men at the end of the Stone Age, which occurred about 8,000 years ago, was associated with large-scale restructuring of society and the “clan war,” geneticists claim in an article published in the journal Nature Communications.

“Anthropologists and biologists have long argued about the origin of this catastrophe, and we found a simple explanation – most of the variations in the Y chromosome disappeared as a result of prolonged clan wars that belonged to the paternal line,” explains Marcus Feldman, from Stanford University (USA).

Over the past two hundred thousand years, humanity has experienced several episodes of a sharp decline in numbers, during which the total number of people on Earth has decreased to several thousand or even hundreds of people. Some of them were caused by natural disasters, such as the eruption of Toba’s supervolcan 70 thousand years ago, and others – outbreaks of malaria and other diseases in earlier periods of time.

More recently, scientists have discovered, analyzing the “fossil” and modern DNA, that something similar happened about 7-8 thousand years ago. At that time, almost all representatives of the stronger sex mysteriously disappeared – for each man, an average of about 17 women, and their total number decreased by 20 times. What caused this catastrophe, geneticists, anthropologists and historians argue until now.
Feldman and his colleagues proposed a simple explanation for this phenomenon, creating a computer model of how men of that time could transmit their genes to new generations of members of the stronger sex.
As the researchers explain, around this time, humanity existed on Earth in two ways – in the form of groups of hunter-gatherers constantly migrating from place to place, and more “advanced” groups of farmers and pastoralists who led a sedentary lifestyle.
Trying to translate their behavior into a model, scientists drew attention to the fact that the social structure of these groups differed markedly. Ancient hunter collectors, like their modern “cousins,” did not have a clear social hierarchy, whereas the first farmers lived in groups with a built-up “power vertical”.

The war of all against all

At this point, Feldman and his colleagues drew attention to another interesting thing – the time of the onset of the “genetic crisis” in different regions of the Earth, as a rule, coincided with the appearance of the first tribes and other primitive “political entities.” This prompted them to think that the cause of its development were conflicts between clans – large groups of men, derived from a common ancestor.
They tested this idea, creating a computer model of the Neolithic world, inhabited by several hundred similar families that lived next door to each other. These clans could fight with each other, make alliances, “bud off” new groups, exchange know-how and perform other actions.

All such processes could both increase the power of the clan and the number of its members, and lead to its weakening or complete disappearance, if the number of men in the “family” fell to the level of 20 adults. Watching their conflicts for several thousand generations, scientists tried to understand how close their idea to reality.

As these calculations showed, the wars of clans consisting of relatives actually did lead to similar consequences – the level of genetic diversity among men fell sharply in several dozen generations. On the other hand, similar wars between clans, consisting of people of different origins, did not cause such consequences.

This explains one of the main mysteries of this cataclysm – why genetic diversity did not continue to decrease after the emergence of the first states. Something similar, as Feldman suggests, could occur in other periods of history, and now his team is studying both history and genetics in an attempt to find traces of other “clan wars” of antiquity.