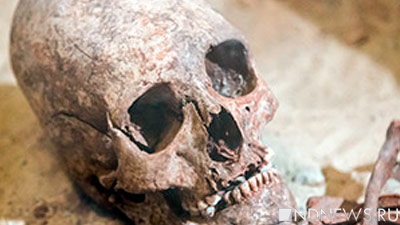 Chinese archaeologists discovered in the eastern province of Shandong remains of “giant” people, who lived about 5 thousand years ago. The growth of these unusually high for that era people exceeded 1.9 meters.

“We came to such a conclusion after studying the bones, they were undoubtedly even higher during their lifetime,” said Fan Hui, head of the Center for the Study of History and Culture at Shandong University, told reporters. “I think that this constitution is due to the abundant food sources to which these people had access “.

An interesting find was made during excavations that continue in the area of ​​Jinan City (the administrative center of Shandong) since 2016. To date, scientists have discovered the ruins of more than 100 buildings, over 200 graves and about 20 sacrificial holes. Researchers believe that the remains extracted from the ground belong to the representatives of the culture of the Neolithic Age of Longshan, once inhabited the basin of the Yellow River.

Archaeologists have established that the ancestors of modern Chinese living in the east of China had a fairly developed agriculture 5 thousand years ago, in particular, engaged in the cultivation of cereals and the cultivation of pigs. Judging by the finds, the ancient population of this territory lived in fairly comfortable conditions: this is evidenced by the structure of dwellings of the time, where there were separate bedrooms and other specialized premises.