In the Gobi desert found a giant dinosaur footprint 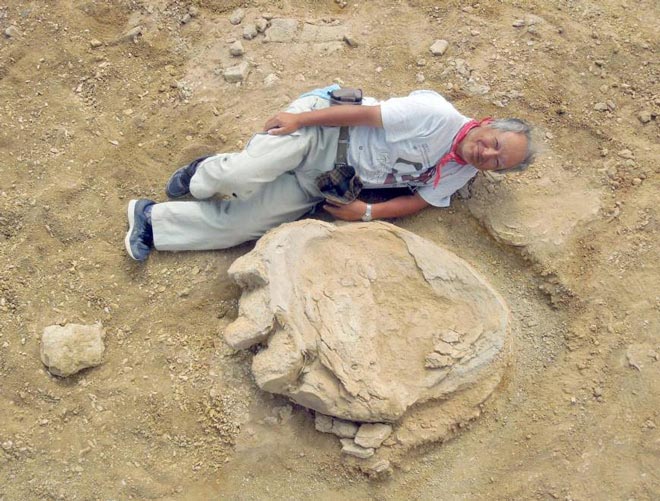 Scientists have discovered one of the largest dinosaur footprints length of meter and a width of 0.77 metres. Trail found in the Gobi desert in Mongolia.

This is not a print, and the impression formed in the Wake of the herbivorous sauropods, like a titanosaur, scientists believe the University of Okayama (Japan) and researchers at the Center for paleontology at the Mongolian Academy of Sciences.

A rare study conducted in August of 2016 in the geological layer, which was formed 70 to 90 million years at the end of the Cretaceous period. Shinobu Ishigaki, a Professor of paleontology at the University of Okayama, said that the team checks the area for signs of the remains of a dinosaur. Ishigaki personally photographed next to a giant track to show its magnitude in scale.

Traces of similar size are also found in Morocco and France. But the trail in the Gobi has obvious claw marks. The finding will help scientists to understand how dinosaurs walked.