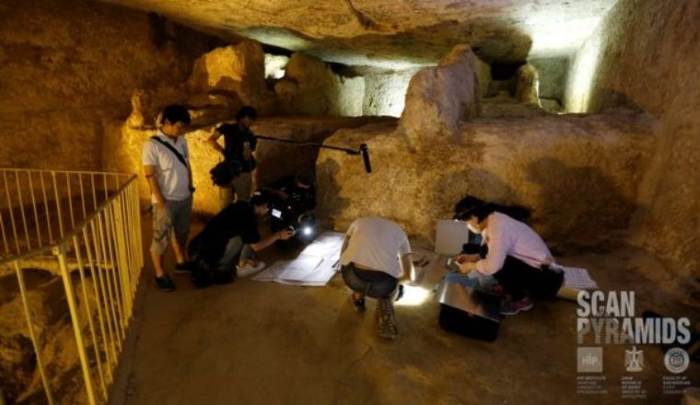 With the help of special rays, scientists discovered inside the 4500-year-old Great Pyramid in Giza two mysterious chambers. The object is known as the Pyramid of Khufu. The construction is considered one of the seven wonders of the ancient world. Researchers confirmed that after scanning age-old tombs with the help of revolutionary radiographic equipment, they found mysterious box-shaped elements.

The project Scan Pyramids since May, 2016th year tries to find something incredible and mysterious in the pyramids. So, with thermal scanning, a great anomaly was revealed in the Great Pyramid. The discovery sparked debate – experts could not understand the nature of the long network of tunnels hidden inside. Now the secret is revealed: the Ministry of Antiquities announced that “two anomalies were found in the pyramid built for King Khufu”.

Now we need to conduct additional tests to determine the functions, nature and size of the find. For example, the Pyramid of Cheops consists of three famous chambers. Scientists say: “Now we can confirm the existence of” emptiness “, which is hidden behind the north side.” Another “cavity” is found on the north-eastern slope of the pyramid, but the connection between these two cavities has yet to be traced. 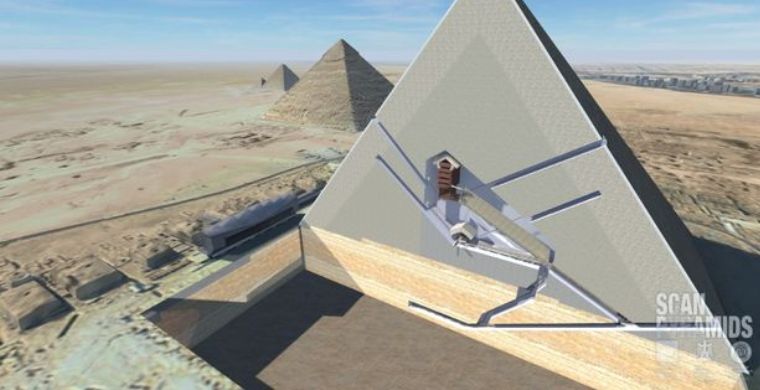 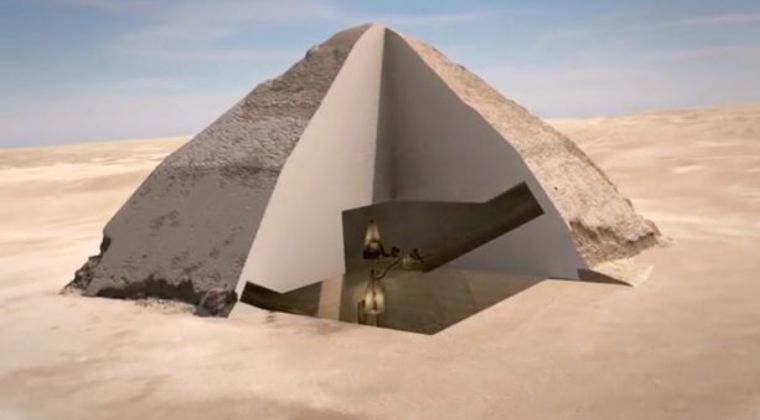 According to experts, rays are used to scan pyramids, which are “similar to x-rays; They penetrate the body and allow visualizing the bones “and” can go through hundreds of meters of stone before being absorbed. ” In this case, the rays do not destroy the object itself.

Thanks to new technologies, stunning 3D images were obtained, which give an opportunity to look into the ancient temple. Previously, the scientists of the project already told details of what they found in the pyramid located in the Royal Necropolis of Dahshur. They found two entrances, one on the north and one on the west side. They lead into two corridors, which lead to a pair of funeral cells, one on top of the other.

Specialist Mehdi Taobi, president of the Institute of Innovation, told Discovery in an interview: “This is really a scientific breakthrough. We confirmed that the principle of “muography” can be safely applied to the Egyptian pyramids. This opens the way to new research. ”