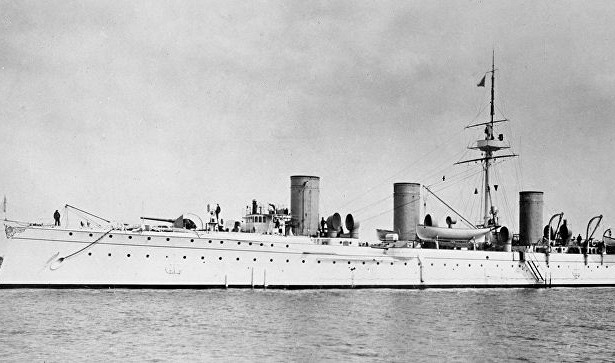 In the Gulf of Finland at a depth of 75 meters the place is found from the legendary ships of the Russian fleet – the destroyer Novik.

The ship was launched in 1913, when it was the fastest ship in the world, participating in virtually all military operations in the Baltic during the First World War. He died, after exploding on a mine of the German-Finnish minefield “Yuminda” on August 28, 1941 during the Tallinn transition, being in the guard of the cruiser “Kirov”.

The ship managed to find the participants of the joint project of the Finnish search team SubZone and the Russian expedition “Bow to the Great Victory ships.” The place of his death was established by the Russian historian Mikhail Ivanov on German archival materials.

“The ship lies at a depth of 75 meters in the middle of the Gulf of Finland. The hull is broken into two parts as a result of a mine explosion. The bow is turned upside down with keel, while the stern with guns and superstructure on a flat keel, the name of the ship at the time of the death is clearly read “Yakov Sverdlov” and the coat of arms of the USSR, “Bogdanov said.

First, the head of SubZone Immi Wallin was a sonar search. Thanks to this, an object was found on the bottom, similar in appearance to a destroyer. On June 16, from the side of the Yoldia research vessel, researchers immersed, who identified the ship.