In the “House of Jupiter” found ancient murals 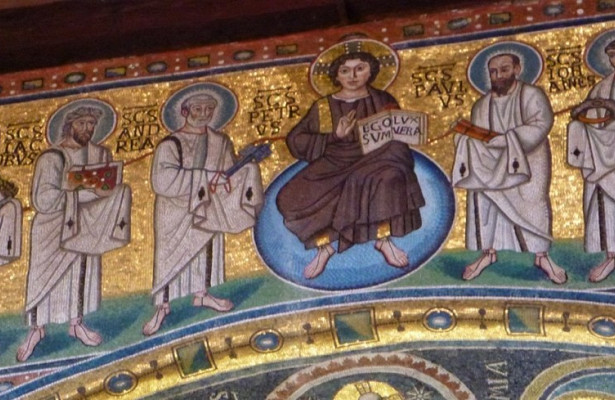 During the excavations in Pompeii archaeologists found rare and well-preserved frescoes. Works of art were in a building known as the “house of Jupiter”.

Apparently, it was inhabited by a rich and noble city dweller. The house was partially removed from the ground in the 19th century. But only recently scientists were able to detect frescoes, as well as other artifacts of that era, reports ANSA.
“The House of Jupiter” got its name due to a small picture depicting this Roman god, found in the garden sanctuary. Preserved central atrium and rooms decorated with artificial marble of bright colors (red, yellow, green).

Traces of fire were found in the adjoining structure. Smoke obscured part of the wall with frescoes. Inside the archaeologists found a large number of terracotta lion heads, coins, glassware and tiles, decorated with trade emblems. It was also cleared of the adjacent territory – part of the sidewalk and alleys. Excavation is planned to continue until 2020.

Earlier during the excavation, scientists managed to find a number of houses with intact balconies. This is a unique discovery, because in Pompeii, which were subjected to a degree of ash and stones, there are practically no buildings with the surviving upper floors. Moreover – some balconies have preserved terracotta amphoras for storing wine and oil. Perhaps, shortly before the disaster, they were exposed to drying in the sun.
“Almost two thousand years after the eruption of the year 79 Pompeii continues to give us treasures,” said a representative of the team of archaeologists engaged in excavations.

Recall, Pompeii, along with the neighboring cities of Herculaneum and Stabia, were destroyed by the powerful eruption of Vesuvius. Hundreds of tons of volcanic ash, literally buried under houses and streets, were thrown into the atmosphere, many were killed by toxic sulfur dioxide. Herculaneum was buried under pyroclastic flows – they reached the city by nightfall, and many residents managed to escape. In total, according to historians, the eruption of the year 79 killed about 16 thousand people.

Vesuvius is still one of the most dangerous volcanoes in the world. He is the only one operating in continental Europe. The last time the volcano erupted in 1944.