In the Jordanian desert hundreds of ancient pyramids were found 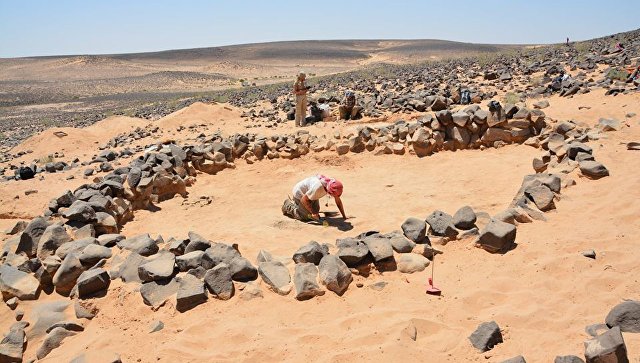 Archaeologists have discovered hundreds of stone tombs in the form of pyramids in the Jordan desert of Jebel Kurma, which because of its aridity is also called the “valley of dead fire,” according to the scientific journal Live Science.

“Most of the tombs are stone barrows up to 5 meters in diameter and 1.5 meters in height, they are distinguished by a distinct form of their towers and a distinct facade made of large flattened basalt slabs,” says archaeologist Peter Ackermans from Leiden University in the Netherlands.

Tombs are located near the ruins of ancient settlements. It is believed that they became lifeless about four thousand years ago. Scientists believe that the desert was not accidentally chosen as a special place for burial.

Discovered tombs date from about a thousandth year BC. This gave the scientists to understand that the Jebel-Kurma desert was once again populated, after a mass exodus four thousand years ago. The reasons for this still remain a mystery.