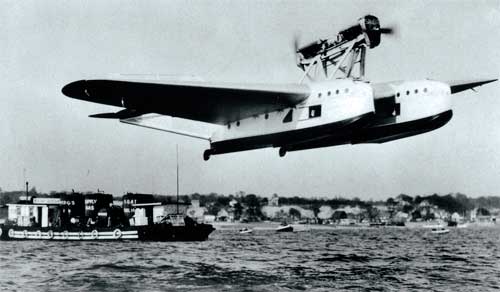 Searchers have discovered a new human remains at the crash site of a seaplane Savoia-Marchetti S. 55 of the companies-Aeroflot, crashed in 1935 in Khabarovsk Krai.

During the RAID, the memory of the Departed into the fog – the whole area of the fall of a seaplane (approximately 15 acres of the surface of the hill) were examined and cleared. Hence, it was discovered 193 human bone fragments and personal belongings of passengers and crew, – stated in the message.

Mortal remains highly fragmented. The body of one of the passengers was lying entirely on the spot right boat seaplane, next raised women’s and children’s remains. In the cockpit area was found a large number of remains, – said the representative of the organization.

Search engines placed the operation on a commemorative plaque. The remains will be handed over to law enforcement authorities, who will decide the question of the burial.

Seaplane Aeroflot on June 26, 1935, flew on the route Aleksandrovsk – Sakhalinsk (administrative center of the Sakhalin region – Khabarovsk. On Board were 12 people: three crew members and nine passengers, including one child. 67 km from the village of Lazarev on the mountain ridge Bear Fucking plane crashed.

Flew the plane a Soviet pilot Alexander Svetogorov party operation to rescue the crew and passengers of the steamship Chelyuskin, crushed ice in the Chukchi sea. With him on Board were a radio operator Leonid Efremov and mechanic Ivan Stecenko. The names of the passengers: Anton Sheremetyev, Stepan Schetinin, Sergey Calvert, Anna Ilinskaya with a baby, Maria Dokuchaeva, as well as citizens Granovsky, Corniche, Mednis.

The crash site was discovered in 2015, then the search engines have collected 118 human bone fragments and personal belongings of the passengers, the remains were transferred to the police of the village of Lazarev.