In the Kitaygorod wall of Moscow found 5 secret rooms 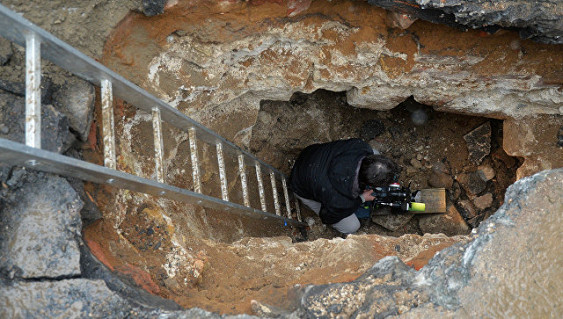 Archaeologists have found five secret rooms in Kitaigorodskaya wall, one of them will be opened for visitors, said the chief archaeologist of Moscow Leonid Kondrashev.

“In total, five secret rooms have been found, they will all be conserved, one of them we will show,” Kondrashev said.

He noted that there is nothing surprising in such finds. “The fortress is big, dug up, secret rooms can not be done often, so as not to weaken the construction of the wall, but they were made so that you could wiretap,” Kondrashev said.

At the end of March, archaeologists reported the discovery of a secret room in Kitaigorodskaya wall. She apparently helped the defenders of the city in the 16th century to eavesdrop on the enemy on the other side of the fortress.