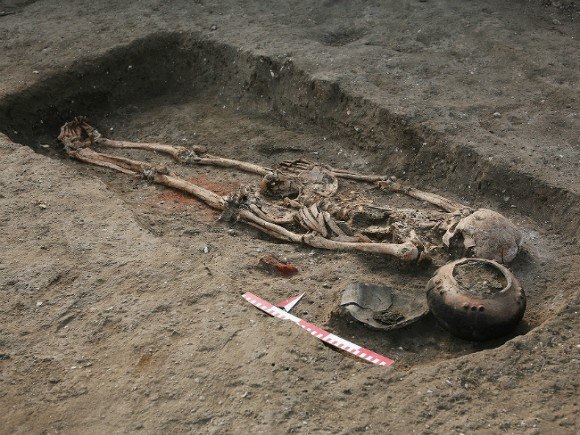 Expedition of the Institute of history of material culture Russian Academy of Sciences discovered in the Krasnodar region a new monument dostevsky era. It will allow scientists to upgrade knowledge about the Caucasian era middle and late bronze, who lived in this region for several millennia before the arrival of the Scythians, is reported in the press service of the IIMK RAS.

In the tract Cornel beam was found about 30 graves. One of the mounds with stone structures, turned out later — it was built by the Scythians. Under the mound was discovered burial of a baby and an adult. The burial of an adult is connected with the grave of a horse, in which was found a bridle with brass ornaments.

However, the other two of the mound belong to the members of a completely different culture, much earlier. Yet these people are little known, their origin is unclear we can only say that it was a Caucasian, representing the two cultures of the bronze age: the catacomb — middle bronze age ((XXV—XX centuries BC), and log (XVIII—XII centuries BC) They were engaged in producing economy — agriculture and cattle breeding, from the era of the Scythians they are separated by several millennia.