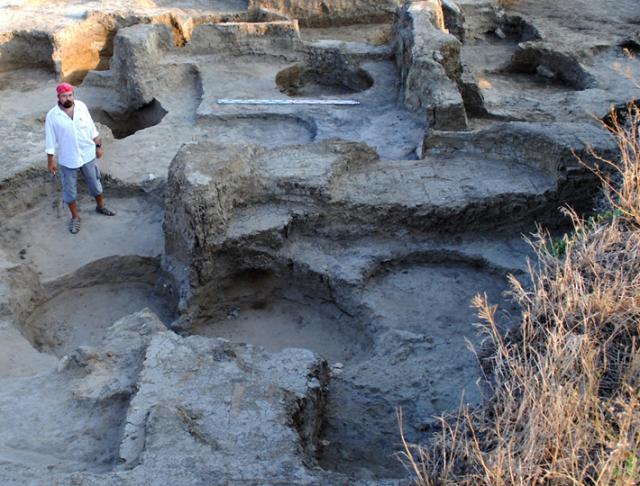 On the Taman Peninsula in the area of historical and archaeological Museum “Fanagoria” was found a large fragment of a marble slab with the inscription made on behalf of the Persian king Darius I, who lived from 550-486 BC

The inscription on the stele was made in ancient Persian language and cuneiform script. According to archaeologists, the inscription is 10-20%. Judging by the transcribed fragments, it was made on behalf of Darius I. the Artifact was found in layers belonging to the second quarter of V century BC

The inscription has some of unknown words, one of which, according to scientists, means the name Milet. Was the largest Greek city in Ionia (modern Asia Minor).

At the beginning of the V century BC, Miletus became the center of the Ionian revolt against the Hellenistic policies of Darius I. the Rebellion was suppressed in 494-493 BC According to scientists, the king after his victory over the Greeks supplied the city, a marble stele with a message about his triumph.

Subsequently, the broken part of the stele was in Phanagoria. Archaeologists suggest that this fragment has arrived as ballast on one of the ships, since his rock on the Taman Peninsula. In ancient times stone blocks for construction were delivered by sea in particular, and from the Mediterranean.

Phanagoria archaeologists also found a large complex of buildings from Adobe bricks. Judging by their location (edge hill), the thickness of the walls (over one meter) and the form of construction (sub-quadratic in the design plan set against each other in a staggered manner), it’s the city’s defenses. According to a preliminary assessment of archaeologists, they were erected not later than the end of the VI century BC and destroyed before the middle of V century BC, it May be the remains of the first fortifications of Fanagoria.