In the Leningrad region of Russia found ancient stone mounds 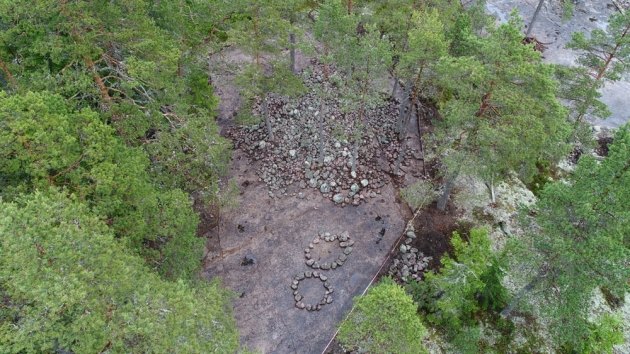 A group of five stone barrows of the Bronze Age was discovered by archaeologists at Vyborg. Until now, in Russia such monuments have not yet been encountered.

Such structures were found in Finland. In particular, the necropolis near the city of Rauma entered the UNESCO World Heritage List.

The burial mounds that were erected three thousand years ago were discovered during the archaeological research on the site of the future construction of the compressor station.

Two of the five buildings were opened for research, they found burned remains of people and ritual ritual objects. How many people were buried here as a result of the burning, will determine the examination of DNA
– Head of the expedition Alexei Gorodilov.

Scientists will explore the monuments before the end of July and look forward to new discoveries.