In the Middle Ages, the average life expectancy was 70 years 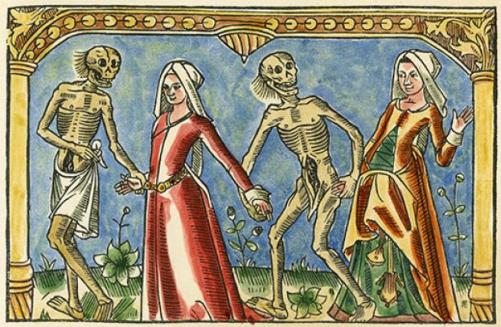 An archaeologist from the Australian National University, Christine Cave, dispelled the myth that before the advent of modern medicine, most people rarely lived to 50 years.

Cave developed a new method for determining the age of the deceased for skeletal remains. Within the framework of the study, the scientist takes into account how badly the teeth of a person are worn out. The archaeologist has already studied the remains of people buried in three Anglo-Saxon cemeteries between 475 and 625 years, and the results showed that these people often lived to a very old age.

“People sometimes think that living up to 40 in those days was a great success, but it’s not true. For people who lived a traditional life without modern medicine, the most common age of death was 70 years, “said Cave, whose words are on the site of the Australian National University.

She also explained that the myth of the age of the dead was due to the fact that archaeologists do not have enough methods for identifying older people. “Older people are ignored in archaeological research, and the reason for this is the inability to identify them. When you determine the age of children, then pay attention to points of development, such as the emergence of teeth or strengthening of bones, all this occurs at a certain age.

However, once people have fully grown, it becomes increasingly difficult to determine their age for skeletal remains, so most studies have the highest age category of 40 plus or 45 plus, “Cave explained.