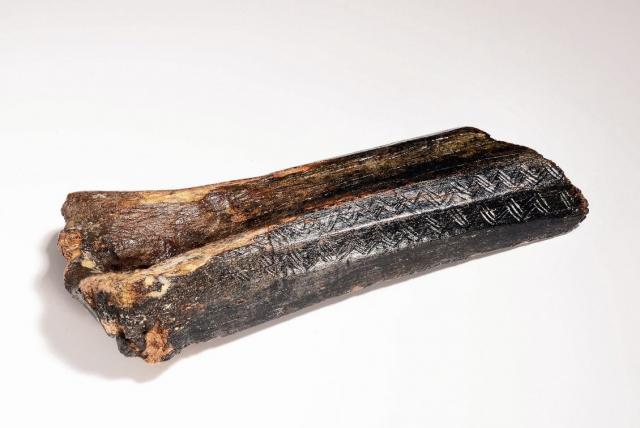 Dutch scientists reported on a unique find, which was accidentally raised from the bottom of the North Sea by a fishing trawl. The fishing boat caught a fragment of the bison’s bone in the net, which was covered with drawings.

The age of the facility, according to researchers, is 13.5 thousand years. The find was made in the shelf waters, where ancient hunter-gatherers moved several millennia ago. 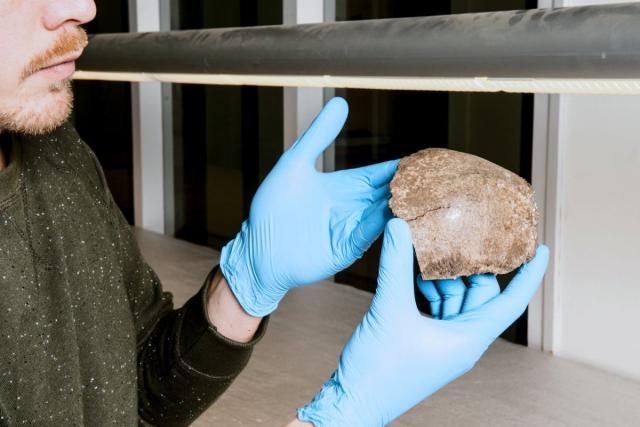 Figures on the bone were made in the form of zigzags and herringbones. Currently, only three similar items are known. One of them is the horse’s jaw found in Wales, deer horns in northern France and moose horns found in Poland. Scientists believe that these objects were used during some rituals.

In their work, the researchers reported on another finding – a fragment of the skull that belonged to the woman.

It was caught in 2013 by networks also in the North Sea. The age of this object is approximately the same – about 13 thousand years. According to scientists, these are the oldest remains of Homo sapiens found in the Netherlands. On the fragment experts found traces of “dents” that could appear as a result of a lack of vitamins in the body or anemia.