In the North-Western China, an ancient irrigation system 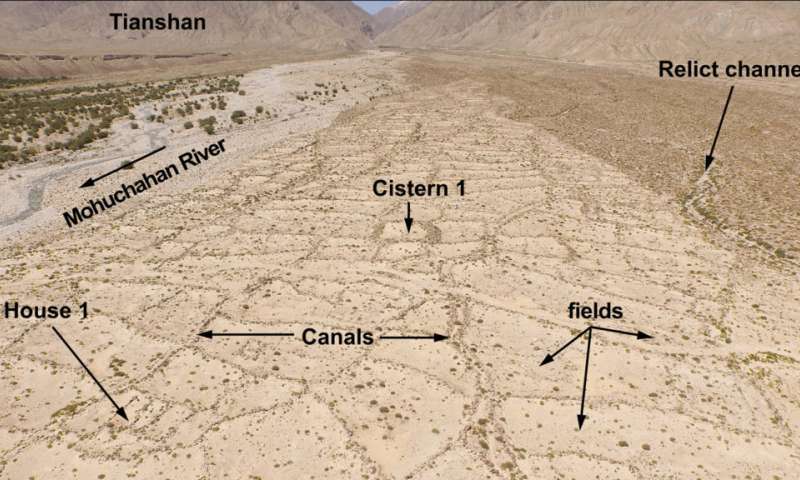 A team of archaeologists led by Yuki Lee from the University of Washington in St. Louis discovered an irrigation system dating back to the third or fourth century AD. in the foothills of the Tien Shan in northwestern China.

“They were built energy conservatively, and they focused on water conservation, and not on the constant supply of the region with water.” The area where the irrigation system was found is located along the central corridor of the Silk Road. Lee suggests that knowledge about irrigation technologies may have spread along the trade route, along with major crops such as wheat and millet.

An ancient irrigation system explains how the pastoral communities of the region could grow crops in one of the driest climates anywhere in the world.

Lost in centuries in the barren foothills of the Tien Shan mountains of China, the remnants of the ancient farm community remained hidden from view behind the strange scattering of round boulders and sandy divorces when observed from the ground.

But, surveyed from a height of more than 30 meters, the site showed the outlines of control dams, irrigation canals and cisterns feeding the patchwork quilt of small farm fields. Initial trial excavations also confirm the location of scattered farms and grave sites, Yuki Lee said.

The results of the research lead scientists to learn not only the cultures of ancient people, but also a set of their technologies, such as irrigation, which allowed people to diversify their economies.

“In recent years, more and more archaeologists have begun to understand that most of the so-called cattle-breeder / nomadic communities in ancient Central Asia have also been involved in agriculture,” Lee added.

“We believe that it is more accurate to call them agro pastures (agropastoralists), because the presence of an agricultural component in their economy was a normal phenomenon, rather than a periodic one.”

Working with the Laboratory of Spatial Analysis, Interpretation and Intelligence (SAIE) at the University of Washington, Lee and his colleagues for the first time used satellite imagery to navigate in an area known as MGK, named for the intermountain Tien Shan valley, Mohuchahan.

More detailed on-site mapping was carried out using a wireless ATV and a new photogrammetry software, which stitched together about 2000 geotagged aerial photographs to create 3D site models.

The sites provide researchers with a remarkably well-preserved example of the small-scale irrigation system that early farmers developed for growing crops in a climate that historically receives less than 3 inches (66 millimeters) of annual rainfall – about one-fifth of the water deemed necessary for cultivating even the most drought-resistant millet varieties.

Researchers believe that the object was used to grow millet, barley, wheat and, possibly, grapes. 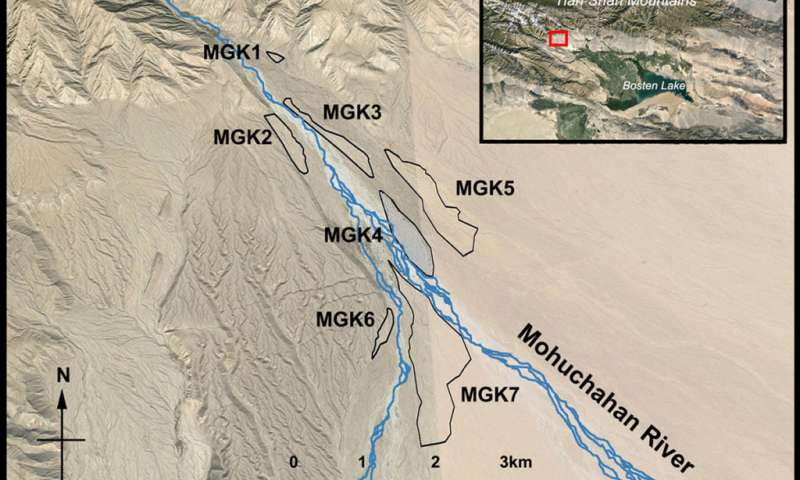 The researchers identified seven areas along the Mohuchakhan Valley (MGK), where once ancient irrigation systems operated. The current study focuses on the MGK4 graphics.