In the Novgorod region have found ancient images with unknown beast

Russian archaeologists of Novgorod University have discovered during excavations in Staraya Russa, two metal belt plates with the image of a four-leg animal. The animal had hooves and head. Lining, apparently, were from the same set. 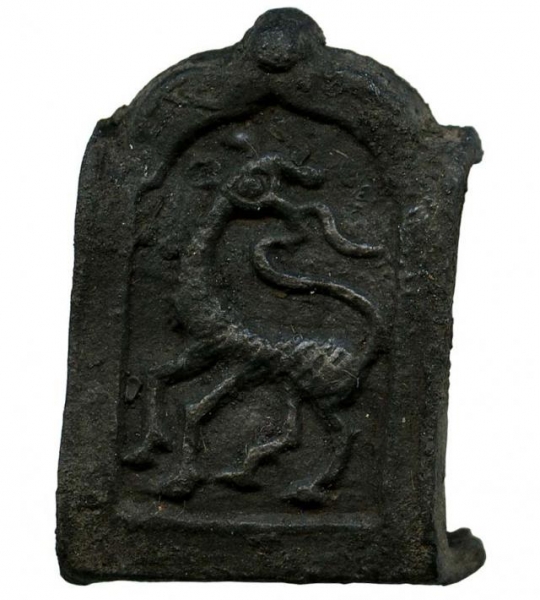 Scientists assume that these items were imported from Europe. Lining were found in the layer of the XIV century. While the researchers can’t answer the question, what could symbolize animal. The lining consisted of rectangles of size 1 to 2 cm. They were worn on a leather strap. Probably their owner was a wealthy man.