In the Novosibirsk region, the skull of an ancient rhino was accidentally found 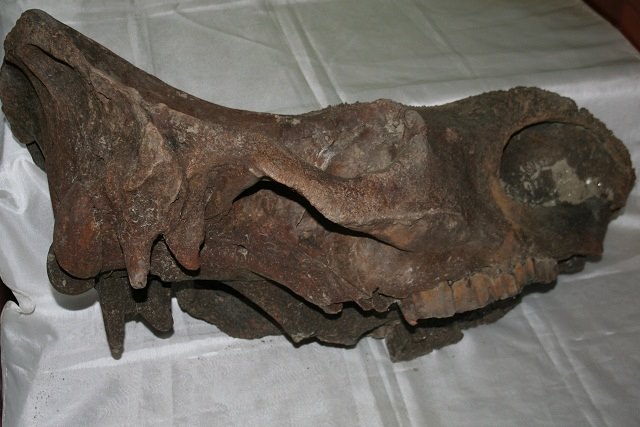 Near Novosibirsk fishermen caught an unusual catch – the skull of a woolly rhinoceros, who lived in these parts about 10 thousand years ago.

The find was transferred to the museum of the city of Tatarsk in the Novosibirsk region. We found a skull on the Omka River, 12 kilometers from the village of Krasnoyarki. At first the fishermen wanted to sell the ancient skull, but there were no buyers on the Internet and they presented it to the local museum.

It should be noted that this is a rare find for the Novosibirsk region and so far only fragments of skulls of woolly rhinoceroses have been found, and this specimen has been perfectly preserved.

Woolly rhinoceroses lived in Western Siberia 200 thousand years ago. Analysis of this skull showed that it is about 10,000 years old.